Speaking exclusively to Sky Sports News, Jurgen Klopp says he is excited to work with his new-look Liverpool side; "You don't have to be worried when you think about us or you can be excited about what's possible for us" 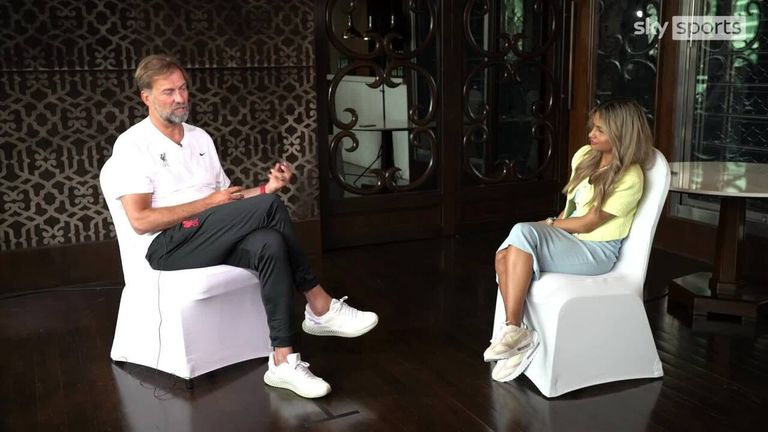 Jurgen Klopp has spoken of his optimism for the new season and insisted Liverpool supporters "don't have to be worried".

The Reds are currently in Bangkok, Thailand as part of their pre-season tour ahead of the upcoming Premier League campaign.

Liverpool were pipped to the title by Manchester City last season before seeing star Sadio Mane leave the club for Bayern Munich, breaking up the formidable strike force he formed with Mohamed Salah and Roberto Firmino.

But a club-record £85m fee brought in Darwin Nunez as Mane's replacement, while Salah has been secured for another three years and Fabio Carvalho and Calvin Ramsay have also arrived as Liverpool transition to a new era. 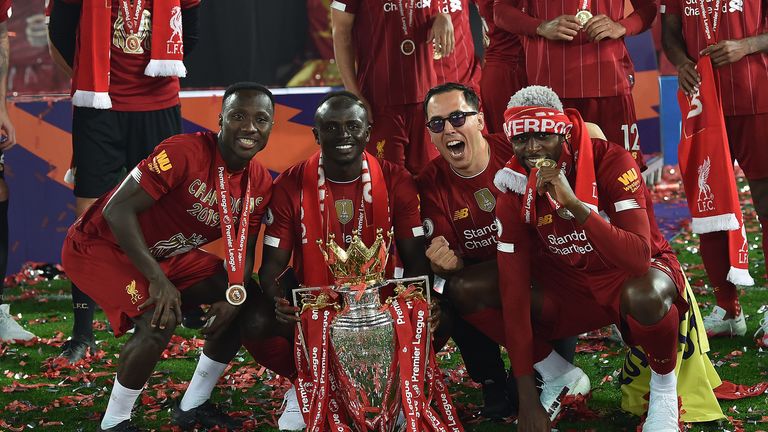 With Sadio Mane’s move to Bundesliga champions Bayern Munich now confirmed, re-live the Senegalese strikers best and worst bits from his time in the Premier League.

"We know how good Sadio is, we will realise how good he was for us in moments because there were just 'Sadio moments' when no one else can do it like him," Klopp exclusively told Sky Sports News.

"That's not a bad thing because two years ago Diogo Jota came in and Diogo did amazing stuff for us. Bobby Firmino had probably not the season we all expected because of injuries but in training Bobby is back, 100 per cent. He's a world class player.

"You don't have to be worried when you think about us or you can be excited about what's possible for us. We cannot do the same thing year-in, year-out, it's just not possible. We have a base, we have to build on this base and be more unpredictable for other teams and that's possible with bringing in other players because they have a different skillset."

Klopp is not expecting any further player incomings this summer, while Neco Williams has joined Mane in leaving Anfield after his move to Nottingham Forest was confirmed.

And the German has answers for the key questions facing him ahead of the new season.

"How can you keep going? How can you improve a world class football team?" he said. "It's by training, obviously - we believe in that a lot - but as well in bringing new players in. We need fresh blood, a new dynamic, fresh desire to create a team full of excitement and determination for the things coming.

"Sometimes you do it exactly like you want and sometimes you have to react on a situation like when Sadio told us that he wants to move on. We have to replace him, he's a pretty good player. Thankfully we could do that already in the window by bringing in Luis (Diaz) and now Darwin. Fabio is a very exciting player.

Paul Merson believes Sadio Mane will be a 'massive miss' for Liverpool after his move to Bayern Munich.

"I'm really looking forward to it. It was always clear changes had to be made and I know for supporters it's, 'Oh my god he left how can we do this?'. I'm really excited about the new opportunity we've got."

Klopp has delivered a golden period in Liverpool's history and believes his team can be successful once more next season.

"Two of the world-class front three are still here plus extra, extra quality," he said. "The spine of the team is as well, the last line, the midfield, have a very interesting mix of experience and youth. I'm really looking forward to working with that.

"I know people think we should have signed a midfielder, actually we have, because Harvey Elliott was our best player in the first four matches of last season and then got a bad injury. We brought in Fabio Carvalho, Tyler Morton made the next steps [last season]. 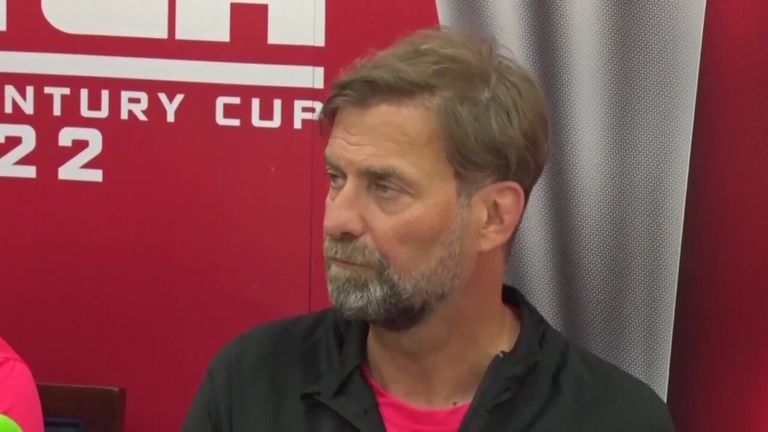 Liverpool have arrived in Thailand for their pre-season tour and manager Jurgen Klopp says he's confident with his 'squad full of quality' heading into the new season.

"We have all you need, creativity, hardworking, box-to-box, we just have to use it in the right way. We have four of the best centre-backs in the world, we have the two best left and right-backs plus Kostas Tsimikas, Calvin (Ramsey) Milly (James Milner) who can play there.

"The base is there but the opponents didn't sleep, they've improved as well. We just have to make sure we are ready to fight with all we have for the three points and if we do that then we could be successful.

"We try to do the right stuff all the time and sometimes it works out better than other times but I'm pretty optimistic we can have a good season whatever that means."

Liverpool also saw the departure of sporting director Michael Edwards, who has been replaced by Julian Ward, but there has been no panic over that change either.

"We are stable in all the things we do, that's the good thing about having a manager in for a long time because we don't get nervous when someone wants a new challenge," added Klopp.

"The transition between Michael and Julian was really smooth because they know each other for ages. Julian is young but experienced as well and already had a lot to do in this transfer window and is still busy with some stuff.

"The most important thing is stability and we have that, from the ownership, the manager, sporting director and all the other departments. We can improve but from a really good base."

But after then facing Crystal Palace, Jurgen Klopp's side will take on Man Utd at Old Trafford on August 22, with both those games live on Sky Sports.