Arsenal manager Unai Emery: "We don't want people like that. Unfortunately issues have happened at our stadium. We don't like people doing that."

Arsenal are investigating a video circulating on social media purporting to show one of their supporters directing a racist insult at Napoli player Kalidou Koulibaly.

The video was taken during Thursday's Europa League quarter-final first-leg clash with the Italian side at the Emirates Stadium, which the Gunners won 2-0.

Arsenal manager Unai Emery says anyone partaking in racist behaviour is not welcome at Arsenal. 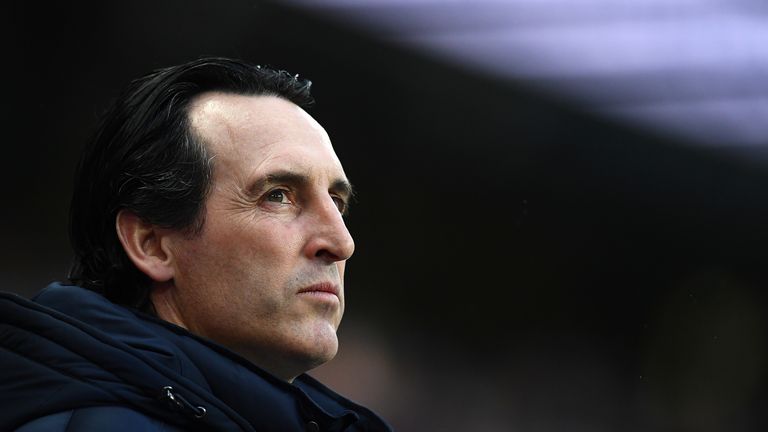 He told Sky Sports News: "We don't want people like that. Unfortunately issues have happened at our stadium. We don't like people doing that.

In a statement, the club told Sky Sports News: "We utterly condemn the use of any racist language and have launched an investigation to identify the culprit.

"We operate a zero tolerance approach, and anyone behaving like this is not welcome at Arsenal and will be banned from matches.

"We have an extremely diverse community of fans who are all part of the Arsenal family and such incidents are rare at Emirates Stadium. We encourage supporters to report any incidents as they happen to stewards or via our matchday alert service."