Eddie Nketiah has scored three goals during Arsenal's pre-season tour and he is not their only exciting prospect...

Arsenal's young guns impressed during their pre-season tour of the USA, with 17-year-old winger Bukayo Saka saying they are ready to "take on the world" if given chances by Unai Emery.

Arsenal clinched wins over Colorado Rapids, Bayern Munich and Fiorentina before their penalty shoot-out loss to Real Madrid overnight on Wednesday, with an exciting generation of academy products at the heart of the action.

Saka is not the only one to have caught the eye, so who are the other top prospects providing cause for optimism for Arsenal? We profile the players hoping to carve out a place in the first team…

Nketiah has made the biggest impression of the young stars so far this summer, scoring twice against Fiorentina and coming off the bench to hit Arsenal's later winner in their 2-1 victory over Bayern Munich. The striker gave 6ft 5ins centre-back Niklas Sule a torrid time in that game and caused more problems for Real Madrid.

Nketiah is already a familiar presence in the Arsenal squad, having made his breakthrough under Arsene Wenger in 2017. He marked his first appearance at the Emirates Stadium with two goals in a Carabao Cup tie against Norwich, and last season he hit another milestone under Emery, scoring his first Premier League goal in Arsenal's 3-1 win over Burnley in May. 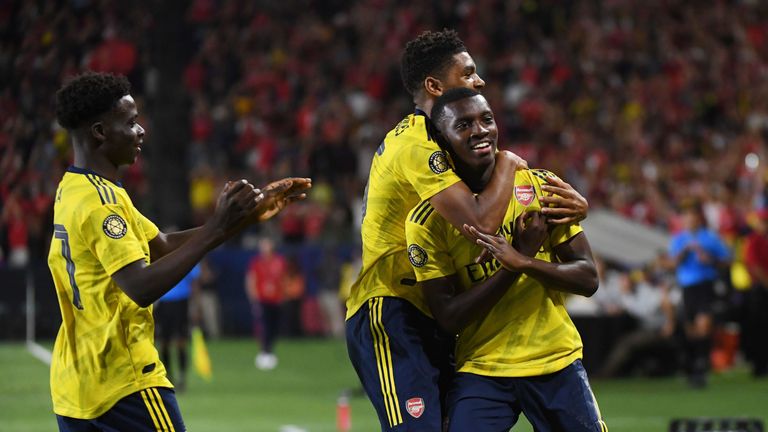 "Nketiah was playing very well last year," Emery said this week. "In December, we were thinking of loaning or not loaning the player to Germany and we decided he should stay with us to train and progress with us. We started this pre-season with the same idea as we finished last year."

With Danny Welbeck gone, it now seems Nketiah will serve as back-up to Alexandre Lacazette and Pierre-Emerick Aubameyang this season. The 20-year-old, a clinical finisher who came through Chelsea's youth ranks before moving to Arsenal in 2015, is showing the benefits of filling out physically this summer. Arsenal will hope his improvement continues.

Mesut Ozil looked far from happy when Emery threw on Willock in his place during Arsenal's Europa League final defeat by Chelsea, but he has led the acclaim for the 19-year-old this summer, praising his quality and tipping him to become a "big player" after he impressed against Bayern Munich.

Willock is a box-to-box midfielder with sound technical ability, impressive work-rate and a keen eye for goal. Last season, he scored in both the Europa League and Carabao Cup, and he has found the net again during pre-season, converting Arsenal's third goal against Fiorentina.

Willock produced another mature display against Real Madrid and has impressed his manager as well as his team-mates. "He has got a very big motivation, a very big ambition individually to make good performances, and he listens a lot to our idea," said Emery.

"I really, really think that he made one more step last year during the season and he finished it very well with us, playing 12 minutes in the final against Chelsea with a big performance. We now want him to take another step, with a big help in our performance and our idea." Smith Rowe made an eye-catching breakthrough last year, scoring three goals in his first six senior appearances, but a niggling groin problem limited his playing time after he joined RB Leipzig on loan in January, and while he has travelled with Emery's squad to the USA, he is still not match fit.

Arsenal believe the 18-year-old has a big future, but having seen how he matured during his time in Germany, they plan to continue his development with another loan spell this season. Smith Rowe is determined to finish his rehabilitation with Arsenal, so whether that move happens this summer or in January will depend on how quickly he shakes off his injury.

Unsurprisingly, given his pace, power and goalscoring ability, Smith Rowe is attracting a lot of interest. Ralf Ragnick, RB Leipzig's manager last season, said in May that the Red Bull outfit were open to re-signing him, and they are not his only suitors. According to Sky sources, there is also interest from Premier League, Sky Bet Championship and other Bundesliga clubs.

Like Smith Rowe, Nelson benefited from a loan spell in the Bundesliga last season. But while injuries limited his academy team-mate to only three appearances, Nelson made 23 for Hoffenheim, scoring seven goals at a rate of one every 90 minutes and enhancing his reputation significantly.

Nelson is another highly-rated prospect. In fact, in his younger years, many in the south London neighbourhood where he grew up regarded him as a bigger talent than his childhood friend Jadon Sancho. He has not shone as brightly as some of his team-mates during pre-season, but did show his pace, skill and directness for England's U21s during the summer. 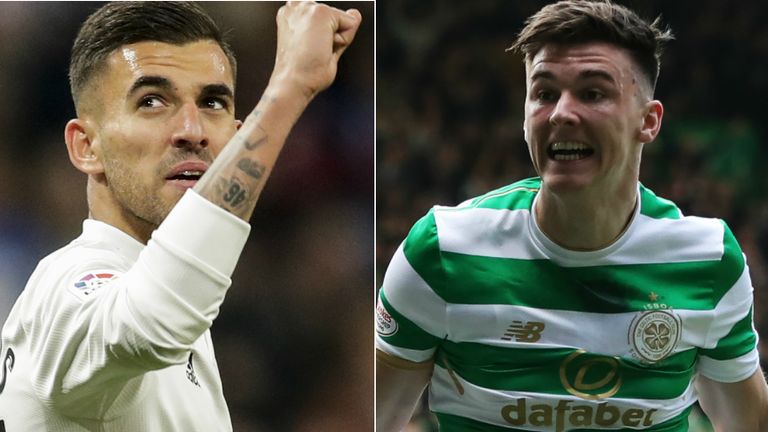 Nelson has taken the No 24 shirt at Arsenal this season, and while the Gunners are still chasing Wilfried Zaha, a signing which would limit his playing opportunities, the teenager feels he is ready to step up.

"They taught me a lot of stuff [in Germany] that I can take on in my career," he said in June. "It was difficult, leaving, but Arsenal are my team and I want to go back to Arsenal and play."

Saka made a big impact on his first senior start last season, earning the man-of-the-match award in Arsenal's Europa League win over Qarabag and following it up with an endearing post-match interview which served as a reminder that he had only turned 17 a few months earlier.

Despite his tender years, Saka continues to impress with his speed and willingness to take defenders on. The winger scored Arsenal's opener against Colorado and has featured in every pre-season game since then, earning plaudits for his energetic display from the bench against Madrid.

Saka's declaration that Arsenal's academy players are ready to take on the world is another sign of youthful confidence. Having previously starred for Freddie Ljungberg's U23s, he is making a strong case for more regular involvement at senior level this season.

Others in the frame

There are another five young hopefuls among Arsenal's 29-man pre-season squad. Midfielder James Olayinka grasped his opportunity against Colorado, scoring a superb long-range goal, while Emery has also been impressed by Robbie Burton, who has been given chances following a recommendation from new assistant first-team coach Freddie Ljungberg.

Tyreece John-Jules' claim to fame is that he is the nephew of actor Danny John-Jules, who appeared in cult sci-fi series Red Dwarf, but he is also a potential star in his own right. The 18-year-old forward has an excellent scoring record in Arsenal's youth teams and showed impressive skill and composure when setting up Nketiah's winner against Bayern.

At the back, there have been opportunities for left-back Dominic Thompson and centre-back Zech Medley. The latter is expected to captain Steve Bould's U23s this season. He is a tall, commanding defender, but he grew up playing in midfield and his technical skill was captured in a video on Arsenal's social media channels earlier this week.

One academy prospect who won't be making the step up to Arsenal's senior side is Xavier Amaechi. According to Sky sources, the 18-year-old is close to completing a permanent move to a German club.