"We firmly believe Unai is the right man for the job, together with the backroom team we have in place," say club hierarchy

Unai Emery has been offered the public backing of the Arsenal hierarchy - but he has been warned that results must improve.

The Arsenal head coach has come under mounting pressure following a string of poor performances and a record of just two wins from their last 10 Premier League games.

Raul Sanllehi, head of football, and Vinai Venkatesham, managing director, met more than 200 Arsenal colleagues from across the club on Monday in a pre-planned staff meeting as part of an on-going series of internal staff events.

"We are as disappointed as everyone else with both our results and performances at this stage of the season," they told Arsenal staff.

"We share the frustration with our fans, Unai, players and all our staff as they are not at the level we want or expect. Things need to improve to meet our objectives for the season, and we firmly believe Unai is the right man for the job, together with the backroom team we have in place." 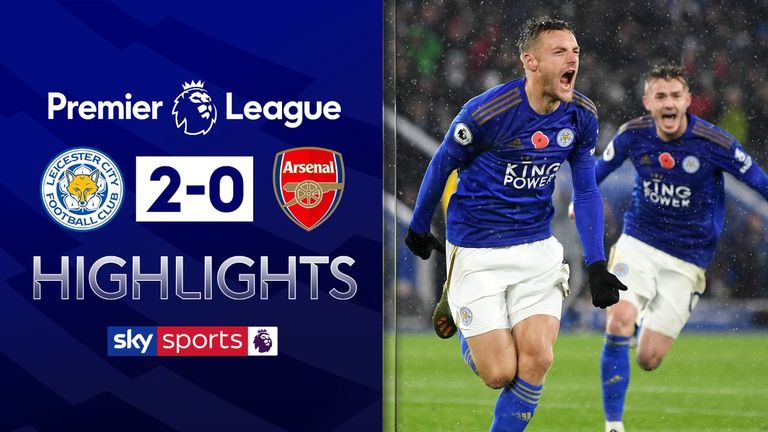 FREE TO WATCH: Highlights from Leicester's win against Arsenal in the Premier League.

Sanllehi and Venkatesham added: "We are all working intensively behind the scenes to turn things around and are confident we will.

"We never take our fantastic support for granted. We hope we can all stick together and get behind the team in this challenging period, as together we are stronger."

Emery, 48, was appointed as Arsene Wenger's successor in May 2018 and his first season ended with a 4-1 Europa League final defeat to Chelsea having missed out on a top-four finish by a single point.

This season he has had to contend with former captain Laurent Koscielny refusing to go on the club's pre-season tour and eventually pushing through a move to Bordeaux. 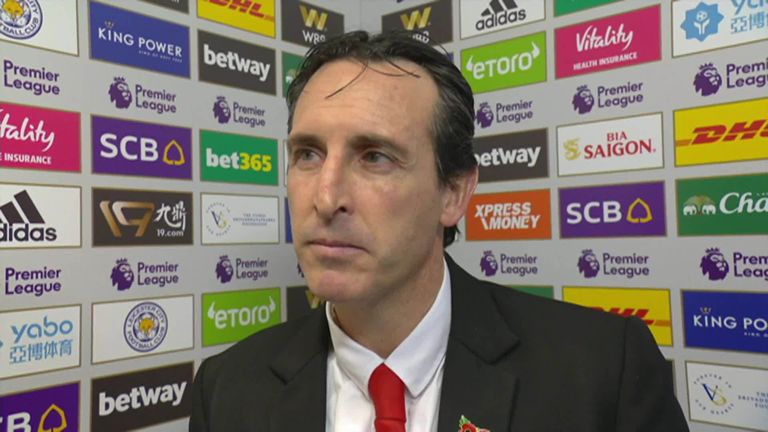 Unai Emery insists his young side need time and has called for patience from the fans following their defeat to Leicester.

Emery has since made the controversial call to ostracise Mesut Ozil for a length of time and strip Granit Xhaka of the captaincy after he told supporters to "f**k off" last month.

Xhaka has warned Arsenal supporters that the "extreme hostility" that was directed at him damages team spirit.

The blame should not be solely on Unai Emery at Arsenal.

Has Emery made it better at Arsenal since Arsene Wenger's departure? No. Things have definitely got worse, but Emery shouldn't get all the blame. Other mistakes have been made along the way.

Arsenal have lost their identity and the finger can be pointed at Emery for that.

Arsenal cannot get the balance with the defence and two midfield players. It tells you everything about the side and the confidence at the club at the moment with the back three and a four in front that they went with at Leicester. Where did that come from?

We knew Emery's style at Valencia and Sevilla - they were tough and scrappy in midfield and all the about pace and movement up front. What is Arsenal's style? It's a complete disaster of a style and formation. He does not know his best starting line-up or his best formation. This is why he's under the pressure he is under.

He is asking for time, but will he get the 18 months that takes him to the end of next season? There are plenty of Arsenal fans wanting Emery to go now, but the club's hierarchy insist they are going to stick with the Spaniard for the time being. However, if things don't turn around quickly, it may go down the line of Emery losing his job. 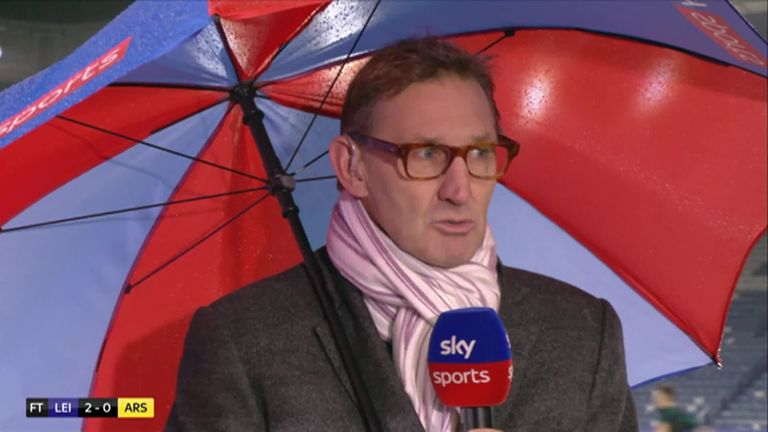 Tony Adams believes it's up to the players to improve their mentality and performances on the pitch and there is only so much Unai Emery can do as head coach.

If he doesn't sort it out before Christmas, he does come under scrutiny. The top four was there for the taking, but Man Utd were struggling, Leicester and Chelsea are doing better than anticipated, but you want to be in there fighting. Arsenal are hopeless yet are still in sixth, but you have to stay at it and give yourself a chance to fight for those places.

Emery must go positive to win football matches after international break. If this doesn't work, he may be out by January - he is hanging on. The board will not look to ease him out, but a lot of people are wondering why they should wait.

Will they give Emery more money? Is he in charge of transfers? Probably not, no. Will they get defenders, and then will they be good enough? Arsenal lack direction and are sliding but Unai Emery isn't in danger of the immediate sack, say the Sunday Supplement panel.

It is disappointing and sad to see how badly the club have fallen away. Arsenal fans are saying that Arsene Wenger created some of this, and yes, he did. He left behind a soft team with no aggression and leadership.

Not everything is Emery's fault but following the recent performances on the and the Granit Xhaka incident, the head coach will receive all backlash. He will take all the flak, but the players should be doing better. But then you can go back to the questions of what is the team and what is the style? That is where the problems lie right now. It's all a bit of a mess.

'Eighteen months in and he doesn't know his best team'

Looking at what is to come for Arsenal, the fixtures, I think he is there for the long run. Because I think this is a prime example to say, 'right, let's get someone in, this has not worked. Bring a manager in who has five or six unbelievable games to come up, get off to a great start and then we go from there'.

He is very fortunate, I do not see any change at Arsenal. They do not keep clean sheets, they let in goals for fun and the worst thing is they do not even look like scoring goals. And they always looked like they would score goals even though they would be ropy at the back. But I don't see that happening now.

I do not see any change at Arsenal. They do not keep clean sheets, they let in goals for fun and the worst thing is they do not even look like scoring goals

I just do not see any improvement at the moment and that is not good - they do not look like scoring goals and they are letting in goals, and that is not a good cocktail.

And my worst criticism of the manager is - and this is my main one - 18 months in and he does not know his best team. And if you do not know your best team now, when will you...? 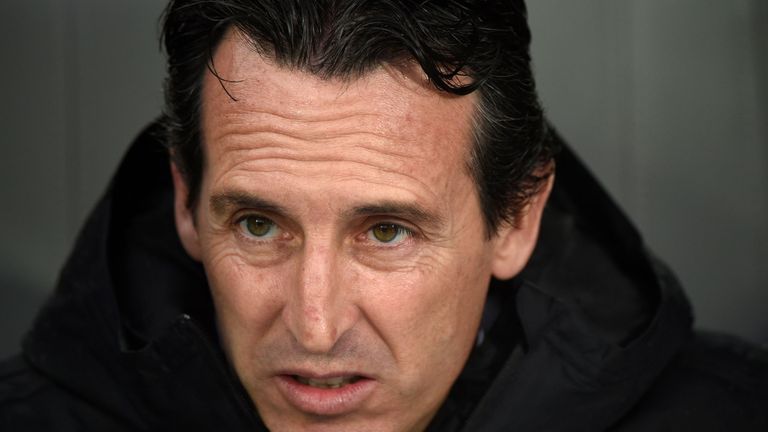 POLL: Should Emery stay or go?

Arsenal fans, now's the chance for you to have YOUR say!

What's next for the Gunners?

After the international break, Arsenal host Southampton at the Emirates Stadium on November 23; Kick-off 3pm - but before then the speculation surrounding Emery's position is sure to continue.