Freddie Ljungberg has refused to give up hope of a top-four finish and has called on Arsenal's senior players to stand up and be counted.

The Gunners travel to West Ham on Monday night on a nine-match winless streak with Ljungberg seeking his first victory as interim head coach.

The 42-year-old replaced Unai Emery at the end of November but has so far only managed a draw at Norwich and a home defeat to Brighton.

The surprise 2-1 defeat to the Seagulls left Arsenal 10 points adrift of the top four and just five clear of the relegation zone.

They have not finished inside the Champions League places since 2015/16 but, despite such a poor run, Ljungberg is not ruling out a return by the end of this season.

"No, I don't think we should stop talking about the top four," he added.

"But for us it's about concentrating on what we're doing here now and not look up, down, sideways. We just need to work on our own game and our own confidence."

Having worked as manager of Arsenal's U23s until the summer, Ljungberg is expected to give the club's young talent a chance to shine.

But it is the seasoned professionals he believes have to shoulder the burden of addressing Arsenal's worst run of form in over 42 years.

"I haven't said I'm going to build the team against specific players but I felt I want to play the experienced players when it's such a difficult situation like it is at the moment," Ljungberg said. 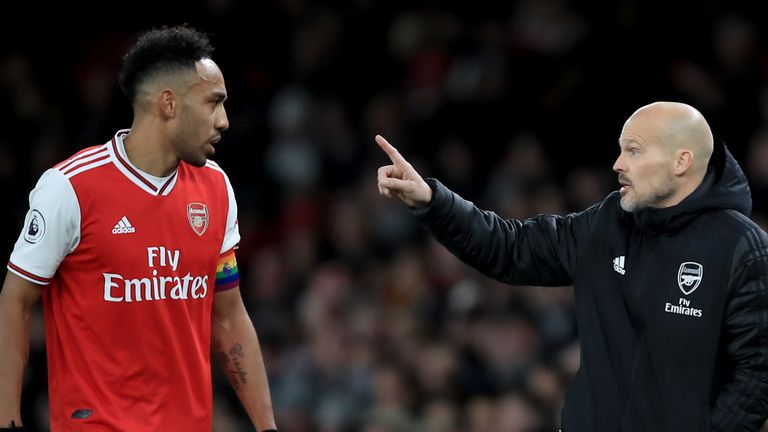 "[I decided not to] pick all the young players that are going to change the future of this club. I made a conscious choice to put down the older players to take the responsibility and change the games."

Asked if he needs his big players to step up against West Ham, Ljungberg added: "We do. We need to change this downward spiral.

"It is going to be a great occasion but maybe that is good for our players.

"They can relax a little bit and concentrate on the game and hopefully do what they did when we came out for the second half [against Brighton]."