Arsenal remain hopeful that Mikel Arteta will be their new head coach in time for the visit to Everton on Saturday.

However, it is understood there are still significant hurdles for Arsenal and Manchester City to overcome before Arteta's move to north London can be confirmed.

The two clubs are yet to begin official negotiations over a compensation deal for Pep Guardiola's assistant, although it is unlikely that these discussions could scupper Arteta's move.

Sky in Italy are reporting that Arteta has told City's board that he wants to leave to become the Gunners' head coach, but he did travel with his current employers to Oxford for Wednesday's Carabao Cup quarter-final to take his place on the bench alongside Guardiola.

Following that game, which Man City won 3-1, Guardiola was once again asked about Arteta's future, saying: "There was no change. I don't have any news.

"We prepared the game as best as possible. I spoke yesterday, my press conference I had 48 questions and 35 were about Mikel so I don't have to say anything more until there is news.

"When there is news, in my next (press) conference when you ask me something I will answer."

City - and in particular Guardiola - are keen for Arteta to stay at the Etihad but realise that the offer from north London to take charge of his former club may prove too enticing to turn down. 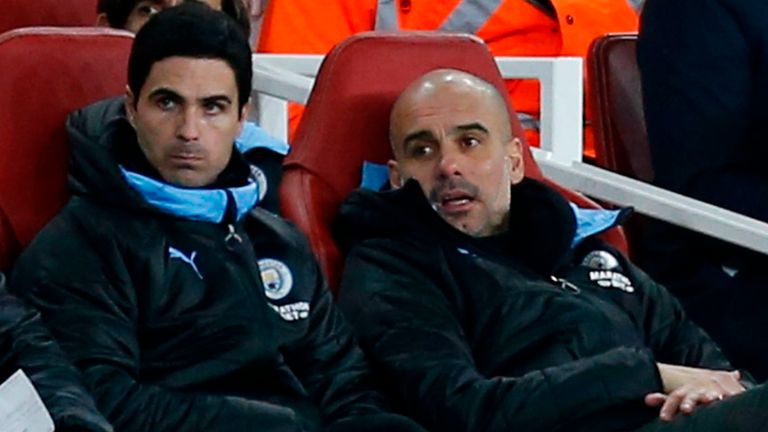 A decision on his future could therefore arrive as early as Thursday - Guardiola said he believed the decision was going to be "quick" when he was asked about his trusted assistant on Monday.

Arteta has a strong emotional pull to former club Arsenal but is also said to be conscious of the strength of his relationship with Guardiola, who has long-touted Arteta as his potential successor at the Etihad.

"He knows exactly what we would like, but in the end the decision is individual, it is personal," said Guardiola.

"Nobody is here that doesn't want to be here. What will happen in the next days? I don't know, honestly. I would like Mikel to be here."

Why Arteta? Why now?

Mikel Arteta is about to become Arsenal head coach 18 months after he was first interviewed for the job.

He came very close to being appointed in the summer of 2018 after Arsene Wenger left but at the last minute Arsenal decided to give the job to Unai Emery instead.

Emery lost his job 19 days ago after he failed to re-establish Arsenal as a top-four side so the club's football executives have decided to give the job to their second choice from 2018.

Arteta's appointment will receive a mixed reception from Arsenal fans. Many are concerned by his lack of managerial experience, others are more open to the idea of bringing in a former Arsenal captain to rebuild the playing side of the club.

As far as the Arsenal board are concerned, Arteta fits the bill because he is an outstanding young coach who has played for Arsenal and knows what it means to play for and represent the club.

He has spent three and a half years working under Pep Guardiola and he has played an important part in making City one of the best sides in the world.

He works closely with individual players and has been credited with playing a key role in the development of young players such as Raheem Sterling and Leroy Sane. 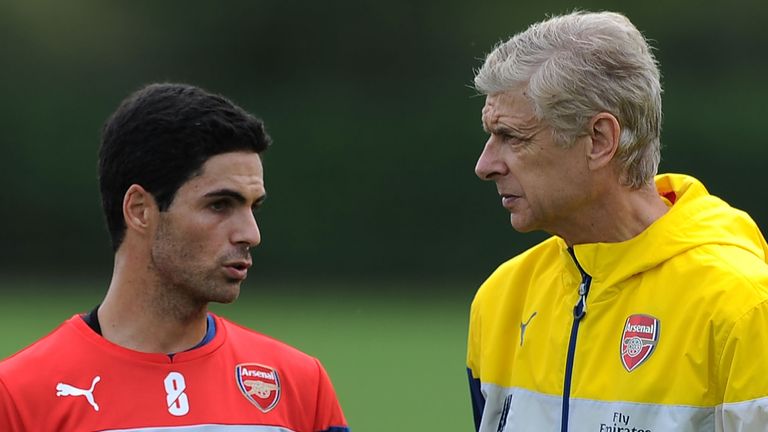 Arteta wants the Arsenal job and he will cost a lot less in compensation and wages than other big-name managers. Arsenal are expected to pay City less than £1m and Arteta's estimated annual salary of £5m is less than half what managers such as Guardiola, Jose Mourinho and Jurgen Klopp earn.

Arteta's ability to speak English fluently is also an important factor in his appointment. Emery struggled to communicate effectively with the media and fans and Arsenal were determined to make sure their new manager was a good English speaker. It also helps that Arteta speaks Spanish when it comes to dealing with club executives such as head of football Raul Sanllehi.

Arsenal were also looking for a head coach who would fit into their management structure and that is something Arteta is willing to do. There was no appetite for returning to the days when Arsene Wenger ran everything as an all-powerful manager.

Arteta will be working under a head of football, a technical director and a managing director. He will be one of the most powerful figures at the club but he will have to work closely with others when it comes to setting budgets and buying and selling players.

Money will be made available for Arteta to strengthen the squad but he accepts that his focus has to be on working with the players who are already at the club. Arsenal were big spenders in the summer and they were not going to sanction the appointment of a manager who would want to spend fortunes in January and next summer.

It is always risky appointing someone without any managerial experience. In normal circumstances a club as big as Arsenal would not turn to a man who has never managed before. But these are not normal times at Arsenal and they believe Arteta is a risk worth taking.

'Arsenal task too big for Arteta'

'This is a big, big gamble putting someone that has never managed before in charge of a club the size of Arsenal.
It's all well and good saying he's worked under Pep Guardiola, but let's be honest, Guardiola would struggle managing this Arsenal team. Guardiola and Jurgen Klopp would struggle!

'To ask someone with no managerial experience to take charge in the current circumstances at Arsenal is a big ask. But there are also massive question marks over his credentials, massive questions.

'One of the major factors with Arteta being linked with the job is that he's worked closely under Guardiola, and he used to play at Arsenal. Other than the fact he won't get lost on the way to training,

'I've got nothing against Arteta, he was a top player and is a top bloke - I've been in his company and he is lovely. For a coach in his position, he cannot not take the job. After all, getting into management is all about timing.'