Lyon's Houssem Aouar has been tipped for a Premier League move for some time, with Arsenal seeing a bid turned down this week. Why is the midfielder in such demand?

Aouar's performances since his Lyon breakthrough in 2017 have caught the eye either side of the English Channel, with his starring role in the French side's run to the 2019/20 Champions League semi-finals, beating Juventus and Manchester City along the way, impressing in particular.

Both sides have since been heavily linked with his signature, but this weekend, Lyon president Jean-Michel Aulas namechecked Arsenal as the suitor who had put their money where their mouth is for the 22-year-old, albeit still not enough for him to convince to part ways with one of Lyon's brightest home-grown talents - yet.

"As far as Aouar is concerned, I think Lyon are prepared to sell him," Sky Sports News' Kaveh Solhekol told Monday's Transfer Show. "Arsenal are in a relatively strong position. The president is a very difficult man to negotiate with, and I think it would take at least £50m to get him.

"But people are telling me Lyon need to sell players to raise money, and they have a very good crop of youngsters in their youth system who they think are ready to play in the first team."

There are plenty of reasons why the Gunners would go all out to make the creatively minded goal-scoring midfielder one of their own, even though he has not always hit the heights expected at the Groupama Stadium.

"He is technically a very fine player, with an excellent vision of the game," Gael Berger, a journalist covering Lyon for French station Radio Scoop, told Sky Sports. "He's always been able to create chances and make good decisions on the ball, as well as provide goals and assists.

"He has the level to play in big games - his contribution was decisive in the Champions League run last season, winning a penalty in the second leg against Juventus and playing excellently against Manchester City. The English league is faster than the French, so he may need some time to adapt, but I'm not worried that he would be a success."

With the Premier League well-known for its intensity, Aouar has already spent time developing the physical side of his game - winning the ball back in the middle third of the pitch almost four times per 90 minutes in last season's Ligue 1. 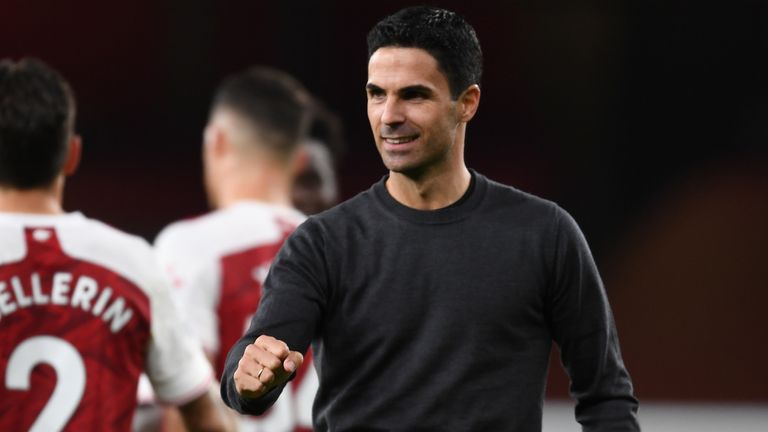 Dharmesh Sheth and Kaveh Solhekol say that Arsenal are in a strong position in their pursuit of Houssem Aouar and Thomas Partey.

"He has a lot of confidence in his talent," Jean-Francois Gomez, who covers Lyon for regional newspaper Les Progres, told Sky Sports. "But he understood that it was necessary to gain a little more power first, to manage more in the physical championships like in England.

"He follows the continuity of the players who have gone before him from Lyon; Karim Benzema, Anthony Martial, Alexandre Lacazette, Samuel Umtiti. For him, this is the next step."

Formation change at the Emirates?

A deceptive burst of pace represents the midfielder's most effective asset, Julien Huet, a TV commentator for BFM Lyon, told Sky Sports, with his ability to turn defence into attack and move the ball with quality likely to have peaked Mikel Arteta's interest to add another dimension as he looks to add to an Arsenal midfield sometimes lacking a certain spark.

"He's an excellent passer, a good dribbler and has his special quality of his rapid acceleration into the left channel," Huet said.

"We have seen in major matches, against Marseille, Juventus, Manchester City, that he has been excellent, but average or mediocre in others. It has been said for some time that he needs a big game to shine in, although I think he can flourish in a side who masters the game and has a lot of the ball."

That potency on the ball may have been on the Arsenal manager's mind when admitting this week he has had to adapt from the 'Arsenal way' with the players at his disposal since taking the job last December.

Across the entirety of Ligue 1 last season, only seven players completed more passes in the final third than Aouar, who was often given free roam on the left of a three-man midfield, with his ability to beat his man - managing the fourth-highest number of take-ons across the division - providing a real asset to Lyon's attacking intentions.

The Gunners have employed a 3-4-3 in their opening three games of this season - and with Granit Xhaka and Mohamed Elneny in the middle for Monday night's 3-1 defeat at Liverpool, found life tough going without the ability to build through midfield.

Should Aouar, Thomas Partey or both join, there may be a change in shape on the cards. Although Aouar has already been used on the left of a 4-2-3-1 and in the hole during his short career, it is as a number eight - in the mould of Luka Modric or Xavi - where he has flourished most, and where he could find himself as part of a new-look three-man midfield.

Despite his prominence, undoubted ability and popularity with the fans at the club where he has remained since he turned 11, Aouar has not been immune from criticism for what has been seen as a level of inconsistency, particularly away from the lights and glamour of the Champions League nights where he has regularly shone.

Gomez said: "He is well-regarded by the fans, and everyone recognises he has a lot of talent. But he is also sometimes criticised for not being prominent enough in matches, especially when the team is not doing much on its own."

Within months of his breakthrough into Lyon's midfield in 2017, French newspaper Le Monde labelled him the club's 'great hope' - but almost three years on, there is a feeling that his potential is still yet to be fully fulfilled - although at the age of 22, time is still firmly on the midfielder's side. 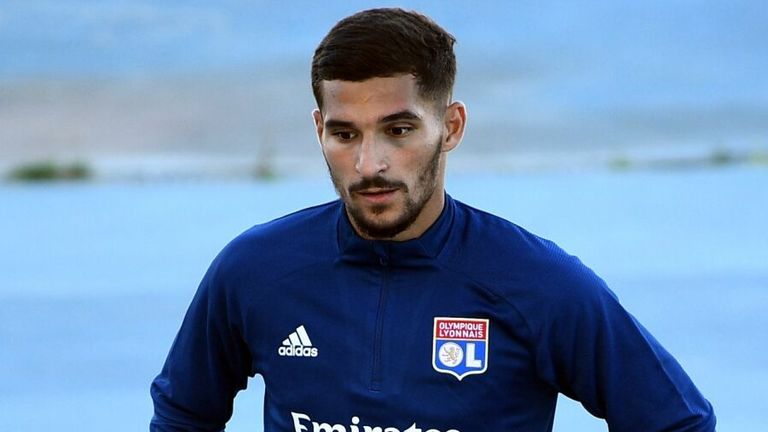 Arsenal have also been linked with promising midfielder Houssem Aouar in recent days, but what could he bring to the table? French football expert Jonathan Johnson reveals all.

"I think he will leave Lyon without having reached the expected level," Huet added. "He has not yet become the lynchpin of Lyon, in that he has lacked consistency. He must still evolve to be more decisive, reach a good level more regularly and develop his play.

"He has remarkable vision, he is capable of scoring and assisting. But he must become more decisive, more consistent, and further develop the manner of his play."

With time running out for Arsenal to seal a deal for one of Europe's highest-rated young prospects before the transfer window closes next Monday, there is little question over whether Aouar would represent a good investment for the club. "If they could get him for €40m, that would be a gift," Huet told Sky Sports.

Instead, the main conundrum among Lyon fans will be whether their golden boy will reach the heights expected of him, whether at home or at the Emirates.

But should he become the latest recruit to Arteta's project in north London, the manager's fledgling but impressive track record already suggests he may be the man to get the best out of him.