Watch Arsenal vs Wolves live on Sky Sports Premier League on Sunday with kick-off at 7.15pm; Mikel Arteta: "To establish yourself to compete at the level of certain clubs in this league, which is nearly 100 points, it takes time" Arteta replaced Unai Emery in December 2019 and has already led Arsenal to FA Cup and Community Shield glory in his first year at the helm, but the Gunners have not won the top-flight in 14 years, last achieved by Arsene Wenger in 2004.

Even though Arteta has brought some new faces to the Emirates - such as £45m midfielder Thomas Partey and £27m defender Gabriel Magalhaes - the Spaniard feels the north London club are still some way off before fighting for the domestic title.

Asked if his side can win the Premier League as things stand, Arteta said: "That (will) take a few windows at least to do that. To establish yourself to compete at the level of certain clubs in this league, which is nearly 100 points, it takes time.

"In football, time is very precious and people are very impatient. But if you don't respect the processes and you ask certain people to do certain things when the foundations are not there, it's a really dangerous thing to do. "I know we all want to see Arsenal at the top of the league. My only intention every time is to prepare the football match. Where we get, time will tell. There's still a lot of things that are going to happen.

"We have to prepare for difficult moments. We knew that right from the start because it's not something that has happened in the last year - it has happened many years in the past.

"To flick that into a league with 38 games; that's a big challenge. But we're all ready."

Merson: Arsenal are a mid-table team 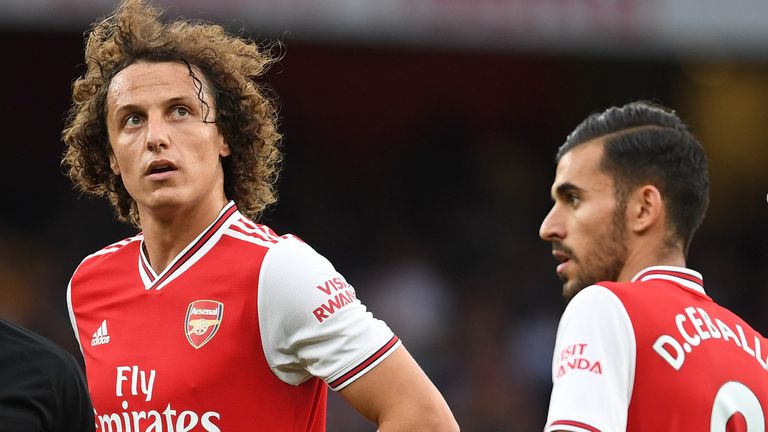 Paul Merson has questioned whether Arsenal are making any improvement under Mikel Arteta, saying the Gunners are nothing more than a mid-table team.

"Some people are saying one step forward, one step back. One step back?! That's kind," Merson said. "They were a million miles off Leeds last Sunday. FREE TO WATCH: Highlights from Arsenal's draw at Leeds

"It did Arsenal a favour when Nicolas Pepe got sent off, Leeds then ran out of ideas because Arsenal had to sit deep.

"Only a couple weeks before, Leicester went to Leeds and put four past them. Leeds let in goals. The teams that beat them are the teams with players who can glide past their defenders; Arsenal don't have that.

"Pierre-Emerick Aubameyang is bringing absolutely nothing to the party at the moment. He played central and he was ineffective as he was before.

"You watch them and think they are a middle-of-the-table team. Looking back at that win at Manchester United, it doesn't look so great now."