Pierre-Emerick Aubameyang will miss Arsenal's Carabao Cup quarter-final against Manchester City on Tuesday, live on Sky Sports from 7:30pm; Gunners are 15th in Premier League after defeat at Everton on Saturday; Mikel Arteta: "You just need fighters - you don't want any victims" 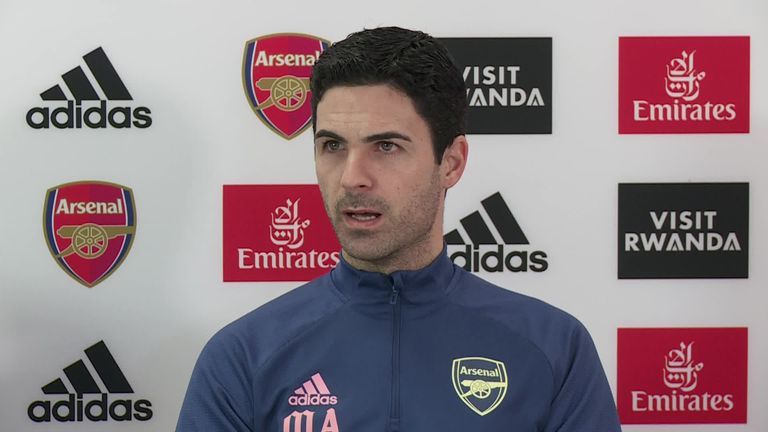 Aubameyang was absent for the Gunners' 2-1 defeat at Everton on Saturday, after which they find themselves 15th in the Premier League and just four points above the relegation zone.

Tuesday's game at home to City - live on Sky Sports - is an opportunity for Arsenal to forget about their wretched league form and focus on reaching a cup semi-final, but their task is made harder without their captain.

Arteta said: "Auba is not fit for tomorrow, that's for sure. [He] is feeling much better. He was more positive yesterday (Sunday) than in the previous two days. He will have another scan in the next few days and we will see how quickly we can get him back in the team.

"He knows how important he is for us, he feels the responsibility and he is trying his best to be fit as quick as possible."

Despite struggling in the league, Arsenal have impressed in the Carabao Cup this season having beaten Leicester and Liverpool away to reach the last eight.

Arteta has already won the FA Cup and Community Shield since becoming the manager 12 months ago, and he believes a win over City can set up the Gunners for more success this season.

He said: "This is what we want to use it for because it's a competition we want to try to win. We had two difficult opponents, with Leicester and Liverpool. We managed to beat them both and now we are playing at home and we are one step closer to Wembley.

"It's a really nice game for us to play because it's the type of game that we are looking for through the season."

Although he has already added two trophies to Arsenal's collection during his relatively short time at the Emirates, Arteta is coming under increasing pressure because of their league position.

They have won just one of their last 10 matches in the competition and the Spaniard believes it is in tough moments that he will discover what kind of characters he has in his squad.

"Normally when that happens, you have two types of people: fighters and victims," he explained. "You just need fighters - you don't want any victims.

"Victims just bring excuses, bring negativity and they start to blame everything that is happening around them or that is not going for them.

"You just need people who fight, people who contribute and people who are ready to give everything to the cause in these moments."

How to beat Arsenal is obvious

"We need to generate more to win football matches," said Arteta after the 2-1 defeat to Everton. That much is clear but how are Arsenal planning to do that? Their Goodison Park defeat on Saturday was more of the same from a team languishing towards the bottom of the table. 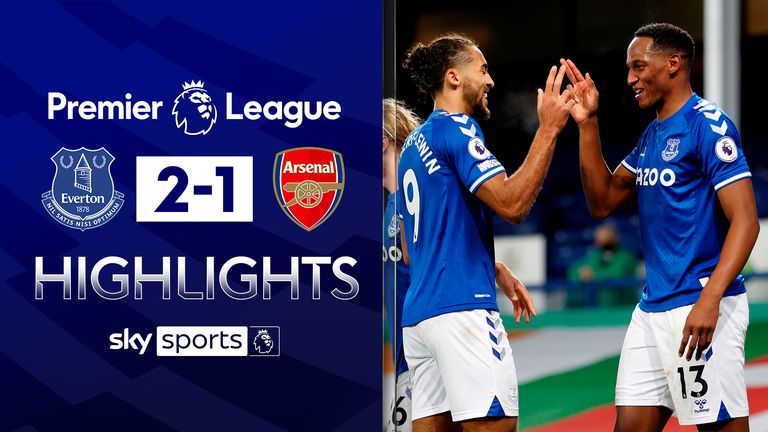 Ten games have yielded one win and Arteta cannot argue that his team have been unfortunate, not now. This is no false position; this is a poor Premier League team. The problems are apparent and, perhaps even more worryingly, they are familiar. Arsenal do not create chances from open play, let alone score them, and that sluggish approach play is beginning to appear as if it is by design.

"Everton have just let them have the ball," said Jamie Carragher, on co-commentary for Sky Sports. "The same as at Tottenham - let Arsenal have the ball and what can they do? They create nothing.

"When a team drop off and they are winning, it is up to you then to create chances, not keep the ball. Possession means nothing then - it is about what you create. The competition is not who keeps the ball the most. Everton are winning, they have dropped off. What can you create?

"I cannot think of anything in this second half where Arsenal have created a chance that they should have scored or the goalkeeper has made a great save. That is the name of the game."

The £1,000,000 returns for Boxing Day. Enter your Super 6 predictions for free and you could become a millionaire!