The Metropolitan Police have released footage of the August incident, in which Gabriel fought off a man armed with a baseball bat; the attacker was last month jailed for five years over one count of robbery and one of possessing an offensive weapon 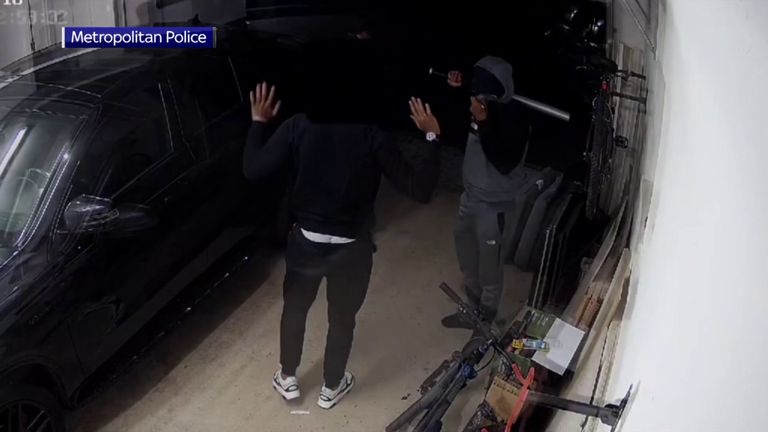 Arsenal defender Gabriel fought off two men as they attempted to steal his car from his garage, footage from the Metropolitan Police showed

Gabriel fought off two men attempting to steal his car from his north London home in August as the Arsenal defender became the latest Premier League footballer to be targeted by armed attackers.

The Metropolitan Police have released footage of the incident, in which Gabriel, who was with a friend, fought off a man armed with a baseball bat.

The attacker, Abderaham Muse, was last month jailed for five years over one count of robbery and one of possession of an offensive weapon.

The footage showed Muse - and an accomplice - confronting Gabriel in the garage of his home before the Arsenal centre-back handed over his watch and car keys. There was also a second accomplice who was not shown on camera. 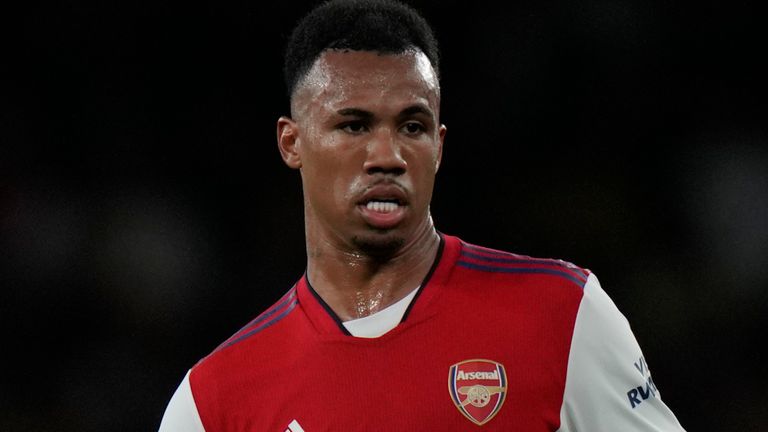 Gabriel was 'shocked' by an attempted robbery at his house but showed 'a lot of character' to deal with the issue, says Mikel Arteta.

The footage then showed Muse lunging at Gabriel, who defended himself and grabbed the attacker. Muse then fled with his accomplice, leaving the car untouched.

Muse's hat came off during the confrontation, providing police with the DNA that enabled them to link him to the robbery. Neither of Muse's accomplices have been caught.

"It's not a nice thing to go through when you've got family involved and they're trying to access your own house," Arteta said.

"Gabi showed a lot of character shown by the reaction that he had straight away, credit to the boy. After that, he was fine. Obviously, he was shocked and there were a few things in his life that he needed to change to try and prevent those things happening again.

"The club gave him all the support that was needed to forget about the situation, learn from it and move on."

Fellow Arsenal defender Sead Kolasinac was the victim of an attempted armed robbery along with then team-mate Mesut Ozil in July 2019. Kolasinac fought off two armed men outside his north London home and the duo were later jailed. 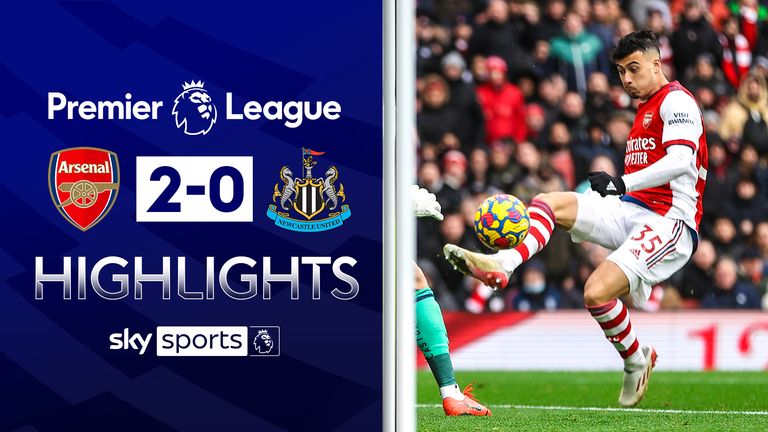 Since missing the opening three games of the season due to a knee injury, Gabriel has played every minute of the club's Premier League campaign.

The 23-year-old, who joined Arsenal from Lille for £27m in August 2020, has been on the losing side just once in his 10 appearances, helping the club rise to fifth in the table ahead of Thursday's trip to Manchester United.