Granit Xhaka admits he came close to leaving Arsenal: 'My bags were packed. I was done with Arsenal'

Granit Xhaka on almost quitting Arsenal after clashing with the fans: "There was a contract on the table from another club, and all I had to do was sign. Today I know I made the right decision, absolutely"

Granit Xhaka insists he wants to improve his relationship with the Arsenal fans after admitting he came close to quitting the Emirates Stadium after clashing with the home fans during a 2-2 draw with Crystal Palace in 2019.

Xhaka has been a key member of Arsenal's squad since his arrival from Borussia Monchengladbach in 2016, but he has proved a divisive figure amongst the fans, some of whom have been critical of his performances and his disciplinary record in north London.

The low point of the relationship came in October 2019 against Crystal Palace when Xhaka - captain at the time - appeared to swear at the Emirates crowd when he was booed off after being substituted midway through the game. 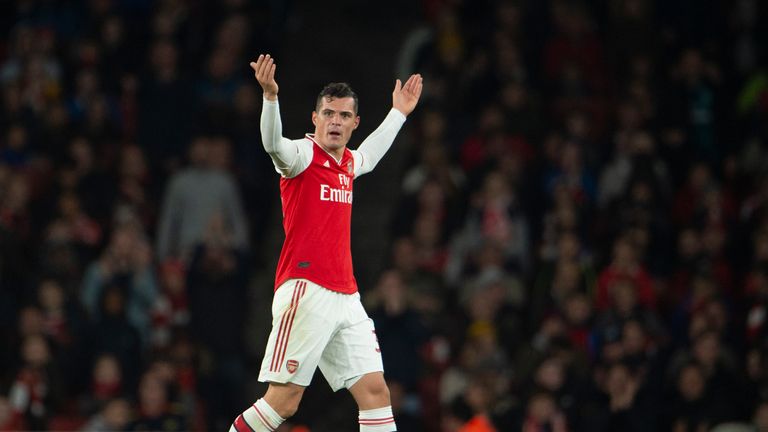 Back in 2019, then Arsenal captain Granit Xhaka reacted angrily after being booed off by his own supporters in their Premier League game against Crystal Palace.

The Switzerland international went on to be stripped of the captaincy by then Gunners boss Unai Emery, and he has admitted in an interview with The Players' Tribune, his "bags were packed" as he planned his exit from the north London club because of the "pure hate" he received.

"My bags were packed. The passports were out," Xhaka told The Players' Tribune. "I was done with Arsenal. Finished. There was a contract on the table from another club, and all I had to do was sign." 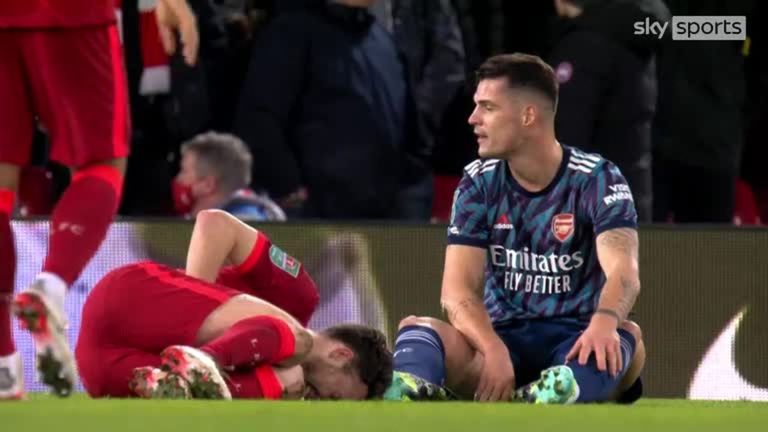 Granit Xhaka insists he won't change the way he plays despite receiving the fifth red card of his Arsenal career in their Carabao Cup semi-final first leg against Liverpool last week.

Speaking about the Palace incident he said: "I had barely begun to move when I heard the boos. And it was not just a few guys in the corner - it was a lot of people. I was shocked. I had never experienced anything like this. When I got close to the tunnel, I looked up at the fans sitting there - and this is the part that I will always remember.

"When I close my eyes now, I can still see their faces. I can see their anger. It's not that they don't like me. No, it's different. This is hate. Pure hate. I am really not exaggerating this.

"To feel that level of hatred and disrespect, I wouldn't want it for my worst enemy. Still to this day, if we have lost, I hate walking those last metres to the tunnel, because I still recognise the faces. The same people are sitting there.

"So now, I just keep my head down. I lived through that nightmare once. I don't ever want to do it again."

Current Arsenal boss Mikel Arteta replaced Emery in December 2019 and despite Xhaka's willingness to leave the club, the Spaniard convinced him to stay in north London. 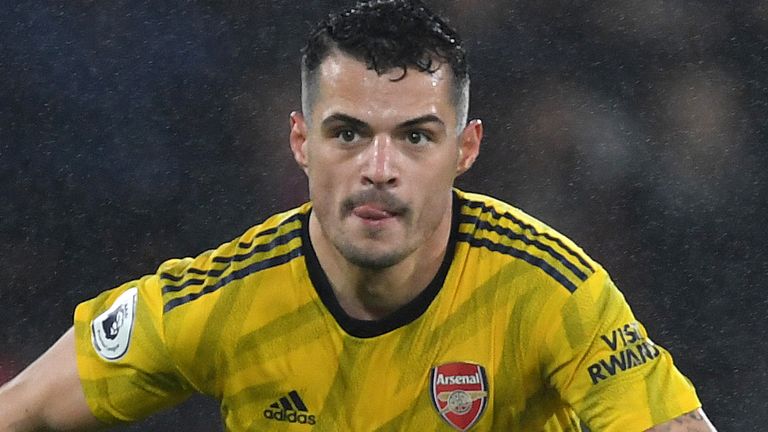 Arsenal head coach Mikel Arteta explains how he convinced Granit Xhaka to stay at the club.

Despite the constant scrutiny of his performances, Xhaka has been an influential figure in Arteta's Arsenal rebuild, and while the 29-year-old admits his relationship with the Arsenal fans may never be the same, he does want to improve that relationship, saying players and fans need to treat each other with "honesty and respect".

"Today I know I made the right decision, absolutely, because I'm still here," Xhaka said. "But I can't pretend that my relationship with the fans will ever be the same, because that moment will always be in my heart.

I understand that we will never be best friends, but I hope we can treat each other with honesty and respect. I want you to know that whatever I do on the pitch, it comes from the right place.

"Of course, you never get to know about our problems, because we never talk, and we never do anything together. To you we are just players running around for 90 minutes and then, 'Goodbye!' But I don't think this is right."

Last summer, Xhaka was heavily linked with a move away from Arsenal, with Roma interested in signing the midfielder.

Those links resurfaced earlier this year, but despite the speculation Xhaka has hinted he is ready to stay at the Emirates Stadium and wants to achieve "something special" with the Gunners.

He said: "Arsenal is still in my heart, 100%. My challenge was never to change people's opinions about me, but to help the team. And then after that, if someone did change their mind because of that, then great.

"I understand that we will never be best friends, but I hope we can treat each other with honesty and respect. If I am late in a tackle, it's because I'm fighting for Arsenal. If I lose my temper, it's because I care.

"Sometimes, maybe I care too much. Obviously, you can never predict the future in football, but I do know a few things. After this season, I have two years left of my contract. I still love this club. I believe Mikel is building a great team. And I want to achieve something special here."