Everton boss Carlo Ancelotti: "Sport culture in Europe is different to American sports. Not because we are right and they are wrong, but because the culture of the people is different... Football now is part business. But we need to take into consideration both. Football is a sport first" 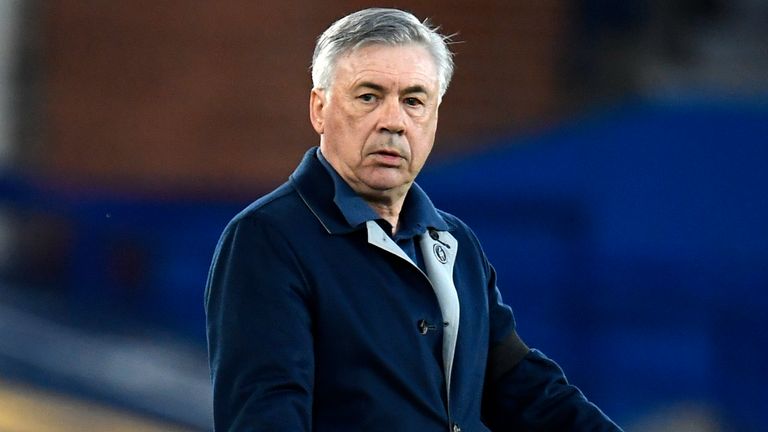 Carlo Ancelotti says he thought the European Super League was a "joke" when it was announced and lauded Everton for being a family club who care about their fanbase.

Everton strongly condemned the six Premier League clubs who agreed to join the failed competition - Arsenal, Chelsea, Liverpool, Manchester City, Manchester United and Tottenham - which was met with fury by football fans all over the world before they subsequently withdrew.

Everton said they behaved with "preposterous arrogance" and were "tarnishing the reputation of our league and the game" while Toffees captain Seamus Coleman thinks his club captured the mood of football fans everywhere.

"My immediate reaction was they are joking, this is a joke!" Ancelotti told reporters on Thursday. "It's a joke because it's not going to happen. It's impossible.

"Sport culture in Europe is different to American sports. Not because we are right and they are wrong, but because the culture of the people is different. In America, in the USA, sport is different. Sport is entertainment.

"In Europe, we live with more passion. When we grow up, we want to beat our neighbours. We grew up differently. It is not sport [in the USA]. Football now is part business. But we need to take into consideration both.

"Football is a sport first. And then with a lot of investment, it also becomes a business. We need to take into consideration both. This is absolutely normal."

Asked if he was concerned Everton might be left behind by the European Super League plot, Ancelotti added: "Everton is a family club, a club where you can feel the love of the supporter.

"Everton has a history of taking care of maybe more of its supporters." 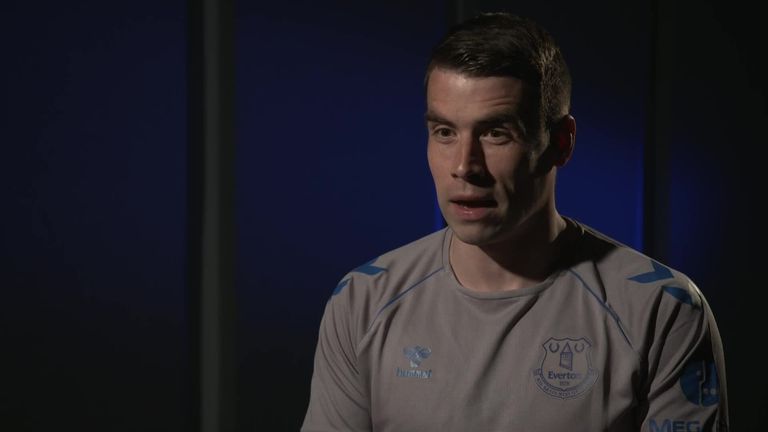 "For every supporter of football it was a strange day, a surprise," he said. "We heard about the Super League in the past few months but I was sure it was not going to happen. What can I say? They were wrong.

"These 12 clubs were wrong. They did not take into consideration the opinions of the players, managers or supporters."

Carlo: Changes are needed, no stance on punishments 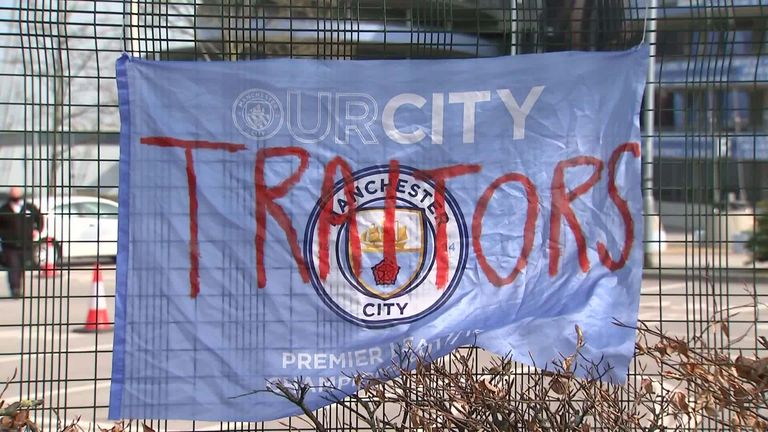 The Everton boss did admit that changes were needed in football, particularly to the Champions League, which he wants to be "more competitive".

He also felt he was not the person best placed to discuss punishments for the breakaway six sides.

The 14 Premier League clubs not involved in the European Super League are currently divided on whether the other six should face sanctions.

"The most important part, they wanted to build up a competition without sporting merit," Ancelotti said of the European Super League. "This is not acceptable. Our culture, we are born married to our sport. They were wrong, full stop.

"They are back now, they are going to open a discussion. Every one of us wants the Champions League more competitive. This is for sure. It is the best competition in the world.

"We must also talk about the Premier League, and other competitions too, like Serie A. But the most important thing was about the sporting merit.

"I think the European Super League as they proposed is impossible. But a new format of the Champions League is possible."

Everton return to action on Friday when they travel to face Arsenal - live on Sky Sports Premier League - as they look to finish in the top four. They are six points behind fourth-placed Chelsea with a game in hand.

Arsenal are one spot below Everton in the table - ninth overall - having played a game more than the Toffees, and are three points behind them.