The 22-year-old, whose current deal expires in 2022, has reached an agreement over fresh terms with the club after indicating his desire to stay.

Talks have been ongoing for several months over Alli following the likes of his manager Mauricio Pochettino and striker Harry Kane in recommitting to Spurs.

The England star also handed his side a boost by returning to training on Friday after a month out with a hamstring injury, putting himself in contention to play against Manchester City, live on Monday Night Football. 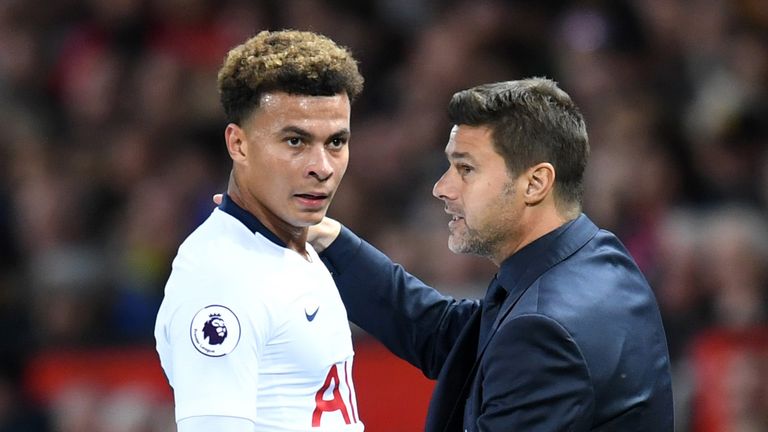 But Pochettino insisted the midfielder is not guaranteed to make his return at Wembley, live on Sky Sports Premier League.

"It is good news but we need to careful," he said. "We are happy that he started (to train) today with the group. We hope he will be available for Monday but we are not sure if he'll be in the squad."

Alli has transformed himself from lower-league prospect to Champions League star under Pochettino's guidance, since joining from MK Dons for £4m in 2015.

The midfielder has scored 48 goals in 152 appearances for Spurs and established himself as an England regular with 31 caps.