"The ankle feels good now, it feels strong. For me, it's three games, the game on Saturday and then the England games, I'm ready and fully fit for."

Harry Kane has rejected claims he is injury prone ahead of Tottenham's first Champions League final against Liverpool.

The two-time Premier League Golden Boot winner is expected to be fit for the game but has been out of action since the start of April after he suffered yet another ankle ligament injury against Manchester City in the quarter-final first leg.

Leading ankle specialists recommended Kane had surgery in order to strengthen his joint, with claims he has a weakness in it, but the striker believes he is not more susceptible because of his previous injury history. 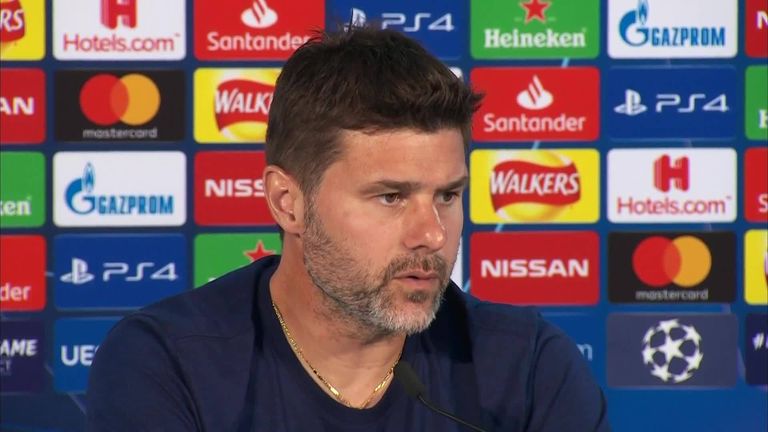 "For me, the most risk of it is when you're shooting and your landing foot comes down, defenders are sliding in or keepers are coming out. That's when you're most susceptible to it," Kane said.

"Talking to the physios about it, the last injury especially with the way I slipped when the tackle came in, if that happens to any other player, most are getting injured anyway.

"It's not like I'm just running and rolling. In that case, I'd feel like I'd need to do something about it.

"So far, every time I've come back I've felt strong. Hopefully I can be a bit more lucky and it won't happen again."

Kane has an impressive recovery rate, always returning ahead of schedule, but his rehabilitation this time has been helped by the three-week gap between the end of the Premier League season and Saturday's showpiece in Madrid.

He insists that he has not rushed his return and that he is 100 per cent prepared for the Champions League final and two games for England in the Nations League next week.

"The end of the (Premier League) season was going to be too soon to come back and we knew there was a three-week gap after that to give it more time," he added.

"We didn't do things as quick, took a bit of extra time before we went outside, just to let it heal a bit more, and since then most of things have been the same.

"The ankle feels good now, it feels strong. The tackle that made it get injured again probably would have injured it even if it was 100 per cent.

"For me, it's three games, the game on Saturday and then the England games, I'm ready and fully fit for.

"Again the aim in the off season is to really kind of work on rehab and strengthen it as much as possible.

"Like anything in football, with an injury sometimes you can be unlucky and if I get another tackle like I did the other day I'll probably get injured again. But that's just part of football.

"It's about doing the best I can and what will be will be."

Kane was also full of praise for his manager Mauricio Pochettino, who celebrated five years in charge of Spurs on Monday.

"He's been massive," Kane said. "Since he took over he's had a plan to become one of the best teams in Europe and now we're not far away from the biggest game in Europe and in our club's history."