"I'll be just sitting tight over the next few weeks and just seeing what happens." 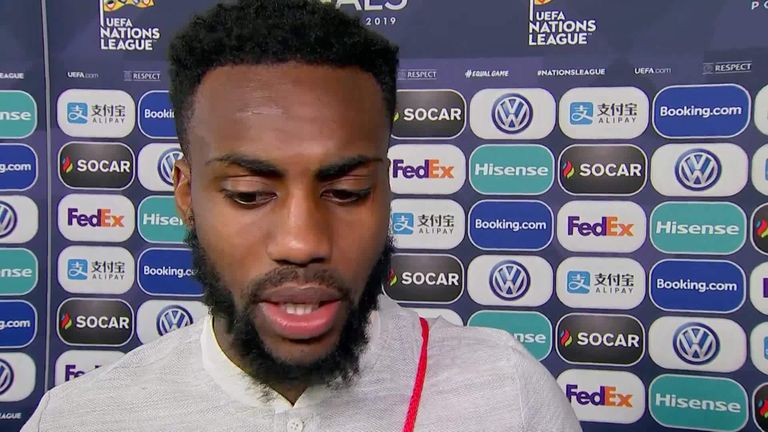 Danny Rose admits he is unsure of his future at Tottenham

Danny Rose has hinted he could leave Tottenham in the summer after revealing he is unsure about his future at the club.

The left-back suggested the Champions League final defeat against Liverpool could have been his final contribution in a Spurs shirt, after England secured a third-place finish in the Nations League.

Following England's penalty shootout victory over Switzerland, Rose told Sky Sports News: "I don't know what the future holds now. I'm looking forward to a break. If I'm back at Tottenham next season, great, if I'm not - great. I'll just have to wait and see.

"It's not about regular first-team football. I know my age and I know how the club's run in terms of if you get to a certain age they might look to ship you on.

"It has been no secret that my name has been mentioned quite a few times in terms of players moving on and I'll be just sitting tight over the next few weeks and just seeing what happens. Either way I'm prepared for whatever happens."

The 28-year-old has previously been disappointed with a lack of game time under Mauricio Pochettino but featured 37 times for Spurs in all competitions last season and admits he is proud of his achievements.

Rose said: "Last season I didn't play as much as I wanted. This season I've played quite a bit, it's been really good.

"As a whole I'm proud of what I've done individually and I'm over the moon about what the club has achieved as well. There have been some difficulties - no signings, playing at Wembley and I think the club and players have shown great character.

"We are in a good position for next season now and we will be raring to go because the final in Madrid was an unbelievable experience and it's one I'd love to experience again."

Rose is Spurs' longest current servant among his fellow team-mates and if he remains at the club he is eager to gain his first piece of silverware, after suffering disappointment against Liverpool in the Champions League final.

He added: "Obviously it hurts. You are reminded of the defeat every day so it's disappointing but on a bigger picture, it has been a very good season for the club.

"We are playing Champions League football next season and we just came up short last weekend. Now the season's finally finished we can reflect on that and hopefully go one further next year and lift that trophy."