Mauricio Pochettino has phoned Philippe Coutinho in an effort to convince him to join Tottenham, Sky Sports News understands.

Pochettino is keen to reunite with the Brazil international after the pair spent six months together at Espanyol in 2012, and he remains favourite to land him on a season-long loan from Barcelona.

The 27-year-old is surplus to requirements at the Nou Camp and has been linked with several Premier League clubs, including a return to Liverpool and a move to Spurs' cross-city rivals Arsenal. 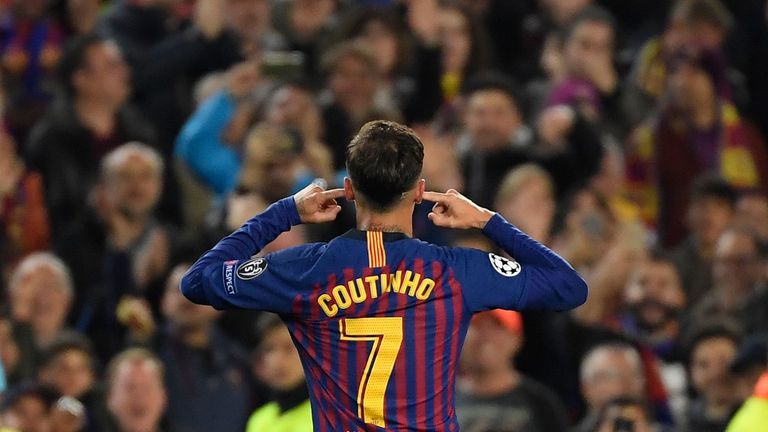 It's understood few teams can afford Barca's £80m price tag they have put on Coutinho after they paid £142m in January 2018.

Spurs are keen on bringing in an attacking midfielder before the transfer window closes on Thursday, after having already bolstered their midfield options with the signing of Tanguy Ndombele from Lyon for a club-record £63m.

According to Sky in Italy, they have also agreed a deal in principle worth £64.4m with Juventus for Paulo Dybala.

Spurs are huge admirers of the 24-year-old and enquired about him earlier in the window while negotiations with Real Madrid over Christian Eriksen were simultaneously ongoing.

The arrival of either Dybala or Coutinho at the Tottenham Hotspur stadium would increase the likelihood of Eriksen leaving.

Manchester United were understood to be weighing up a late move for the 27-year-old before Thursday's 5pm deadline, but have ended their interest as they believe he has his heart set on joining the La Liga club.

Eriksen has just one year remaining on his contract, so Spurs are prepared to sell him in this window.

The 27-year-old admitted earlier this summer he "would like to try something new", but also left the door open to sign a new Spurs deal if he stays.