Lo Celso joins on a season-long with Spurs holding an option to make the deal permanent; Sessegnon signs five-year contract

Argentina international Lo Celso joins on a season-long loan, with Spurs holding an option to sign the 23-year-old - who had been intent on sealing a move to north London to work under compatriot Mauricio Pochettino - on a permanent deal.

Sessegnon has signed a five-year deal with Tottenham, who also hold the option to extend the 19-year-old's deal for a further season.

Sky Sports News understands the clubs agreed a deal worth £25m rising to £30m, with Spurs midfielder Josh Onomah moving the other way.

Lo Celso only recently made his move to Betis permanent after spending the 2018/19 campaign on loan from Paris Saint-Germain, registering 16 goals and six assists in 46 appearances across all competitions last term.

The attacking midfielder was left out of Betis' squad to play Las Palmas on Wednesday ahead of completing his move to Tottenham.

Lo Celso has been handed the number 18 shirt and Sessegnon 19, with both players eligible to feature in Spurs' Premier League opener at home to Aston Villa on Saturday.

Analysis: What will Lo Celso bring to Tottenham?

"I'm a huge fan of Lo Celso. I watched him on the way up at Rosario Central. Wonderful left foot, beautiful picker of a pass. Can split tight defences. 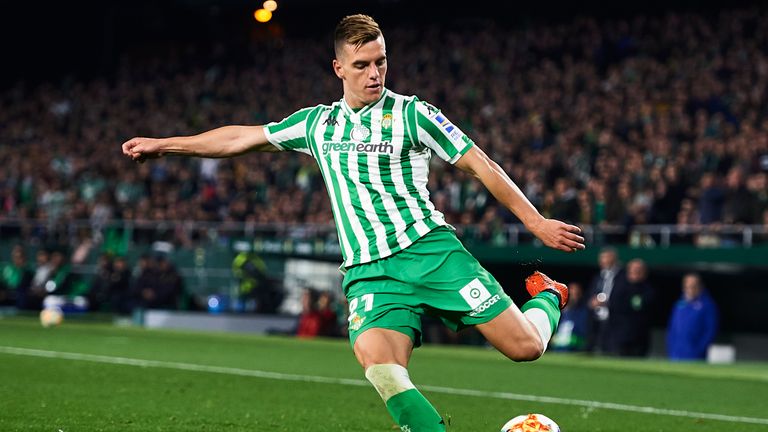 "He went to PSG which I think was the wrong club for him. They really threw him in at the deep end. They expected him to play a deep role with plenty of defensive duties. That's something he simply hadn't been prepared for. So that didn't work for him.

"But at Betis he's done terrifically well. I think he's too good a player to spend too long at Betis.

"You'd see him as a kind of Christian Eriksen replacement. But a lovely talent and a player who at Tottenham would fit into the historic identity of the club."

Analysis: Will Sessegnon shine at Spurs?

Tottenham have developed many young players in recent seasons - from homegrown Harry Kane to bought-in Dele Alli - and England U21 Sessegnon looks ready to kick on now, after gaining Premier League experience last season, when he racked up more minutes than any other teenager.

Sessegnon also topped the stats tables among teenagers for assists (six), dribbles and key passes last season, demonstrating he has a wide range of attacking attributes to bring to Spurs.

How to watch Premier League highlights this season