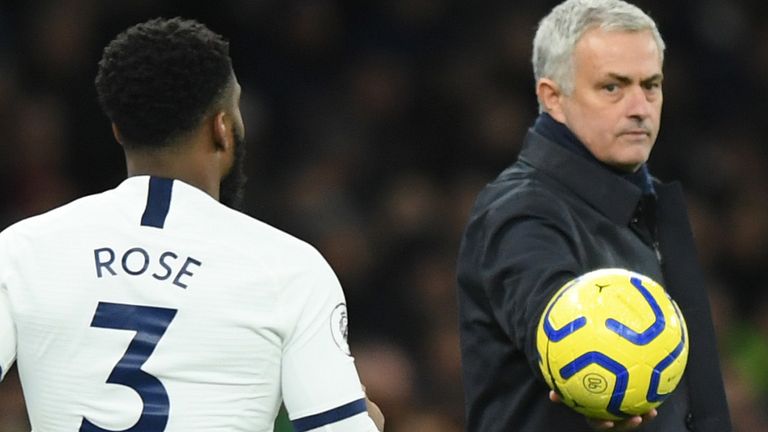 Jose Mourinho denied reports of a bust-up with Danny Rose

The pair were reported to have clashed after Rose was left out of Saturday's 0-0 draw at Watford.

Asked if he had a problem with his left-back, Mourinho said: "Between me and Danny, no. I don't know what you mean by tension in the air, I don't have any problem with him."

Mourinho revealed he left Rose out of the game at Vicarage Road after being told late on Thursday night that the defender had a back injury.

"The reason why he wasn't selected against Middlesbrough is because we have a young left-back that we want to develop and it was a great opportunity to play [Ryan] Sessegnon," said Mourinho.

"Also because his performance against Liverpool was not phenomenal.

"Then on the Thursday before Watford, late evening, I got a call from my medical staff saying Danny was calling them with a problem in his back and he wouldn't train the next day.

"It was a bit of a surprise that on the Friday he was ready to train, but even so I decided then to play with [Japhet] Tanganga and have Ryan on the bench. That is the situation." 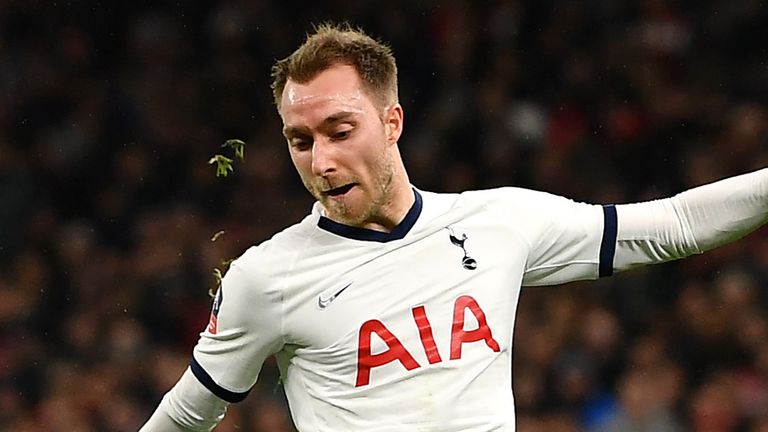 Mourinho confirmed Inter Milan target Christian Eriksen will be in his squad for Wednesday's game at home to Norwich.

Inter are willing to pay £11m plus two bonuses to sign the Denmark international this month, according to Sky in Italy, with Eriksen's agent Martin Schoots due to meet Spurs chairman Daniel Levy on Tuesday to discuss the situation.

Mourinho refused to confirm if the parties were close to a deal.

"He is selected for tomorrow [Wednesday]," said the Portuguese. "He will play."

Tottenham are without a win in their last four Premier League games, which includes a 2-2 draw against Norwich on December 28, but Mourinho is confident their fortunes will improve.

"We are very optimistic. We know Norwich well," he said.

"We are playing well but are not getting the results that we should, that we should deserve. We are not scoring the goals that we could. We believe better days are coming.

"Today is two months since my arrival. We are positive. There is a good atmosphere, the players are very positive and happy with some little evolutions that we've had in the last couple of weeks.

"We know that Norwich are coming off a victory, they closed the gap to their targets. But we believe in ourselves. We are ready. We think tomorrow is going to be our day."