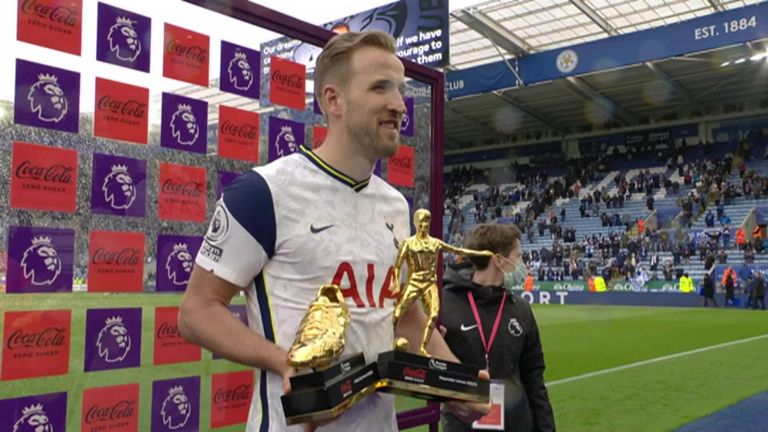 Tottenham striker Harry Kane has won the Premier League Golden Boot in what may be his final season with the club.

The England international scored the opening goal in Spurs' 4-2 win over Leicester City on the final day.

That feat, combined with Mohamed Salah's failure to score in Liverpool's 2-0 win over Crystal Palace, means Kane finishes with 23 goals, one ahead of the Liverpool forward. 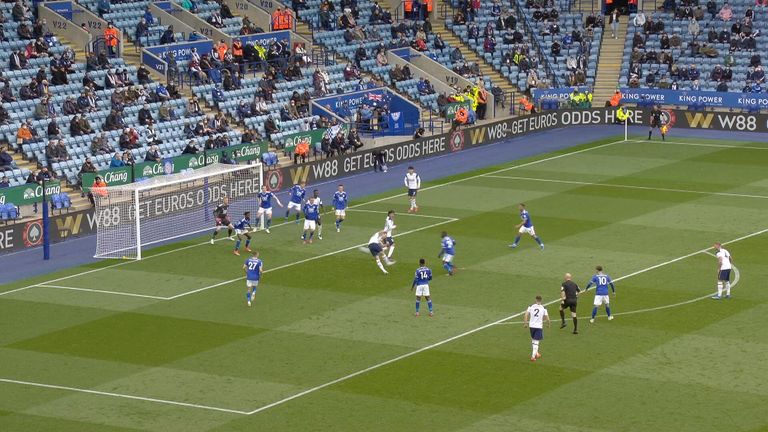 Kane also won the playmaker award, given to the player for the most assists, after he led the way in that category with 14. 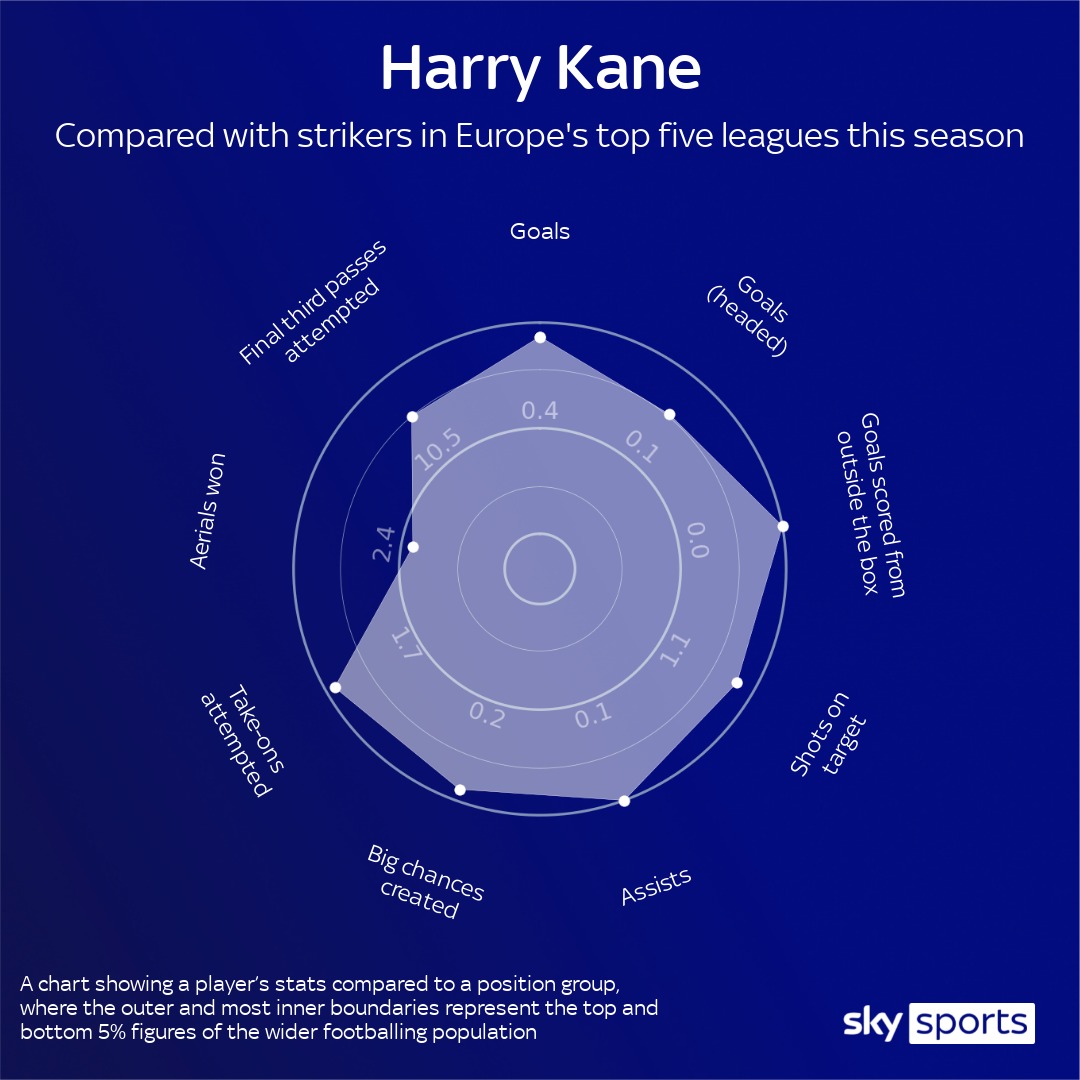 Kane has told Tottenham he wants to leave the club this summer, with Manchester United, Manchester City and Chelsea all understood to have registered their interest with his representatives.

In a recent interview with Gary Neville's The Overlap YouTube channel, Kane said: ""When I watch (Kevin) de Bruyne play he's a special, special player and some of the balls I see him put in for City are just a striker's dream if I'm honest.

"He's an outstanding player with the ball, off the ball, pressing, but his delivery is as good as I've ever seen to be honest."