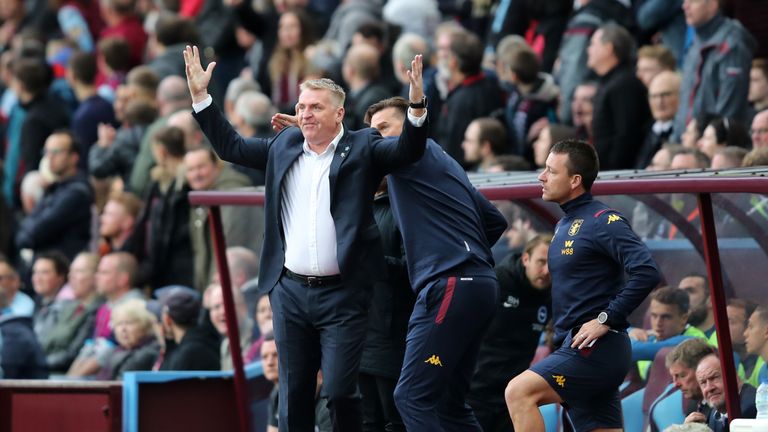 Aston Villa manager Dean Smith is seeking greater consistency and clarity on the use of VAR following a confusing weekend in the Premier League.

Villa saw a 'goal' for Conor Hourihane ruled out by VAR referee Martin Atkinson for a foul on the goalkeeper as they won 2-1 against Brighton on Saturday.

Atkinson was then the on-field official for Sunday's 1-1 draw between Manchester United and Liverpool where he allowed Marcus Rashford's goal to stand, despite Liverpool arguing there was a foul on Divock Origi in the build-up to it.

That has left Smith baffled by the apparent inconsistencies in how VAR is used to decide subjective decisions, as opposed to clear errors, such as missed offside calls or hand balls.

"I just want consistency and more clarity on the decision making," Smith said ahead of Saturday's trip to the Etihad Stadium to play Manchester City.

"I was under the belief that subjective decisions should be left to the referee on the pitch. Last weekend made me question it even more.

"We've got David Coote as the referee and Martin Atkinson as the VAR referee [for Villa vs Brighton]. David Coote gives a goal because he doesn't see a foul on the goalkeeper. Conor Hourihane scores, it goes to VAR and gets disallowed by Martin Atkinson. 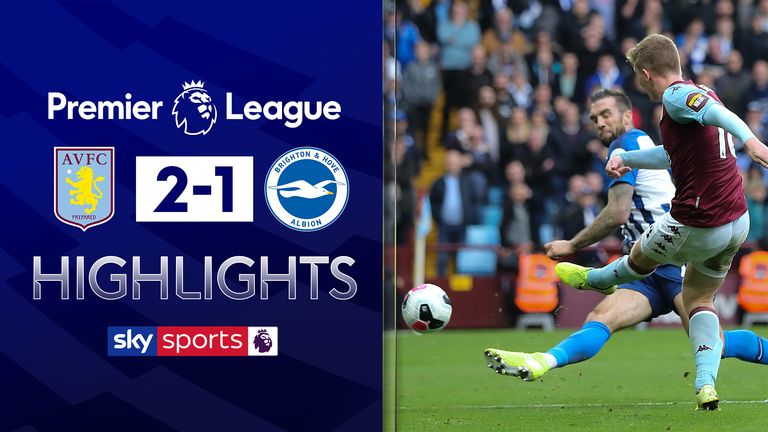 FREE TO WATCH: Highlights from Aston Villa's win against Brighton in the Premier League.

"I then go and watch Manchester United against Liverpool on the Sunday and this time Martin Atkinson is the referee and David Coote is the VAR [referee].

"There's a foul on [Divock] Origi, the on-field referee doesn't believe it's a foul, they score and the goal stands.

"My question is, 'what's the difference'? There's a foul on one and a foul on the other.

On a big weekend of controversial decisions and VAR again in the spotlight, here's Dermot Gallagher's verdict on all the big calls.

As for the game against Manchester City, Smith concedes it will be a tough test against the defending champions but is hoping his players take a positive attitude into the game.

Pep Guardiola's side have already lost to Norwich and Wolves in the Premier League this season and Smith is hoping Villa can be the third team to inflict defeat on them in the league this campaign.

Smith added: "I think they're [City] the best team going forward. The patterns you see in their style and how they play, is excellent, [as is] the movement they have from their midfielders and forwards.

"Liverpool are probably the best without the ball in the league, so there's not much between the teams at the moment.

"They've [City] shown they're not infallible and then you watch them against Atalanta and they score five very good goals. FREE TO WATCH: Highlights from Manchester City's shock defeat to Wolves in the Premier League.

"It does fill you with a little bit of trepidation, they are a top team with top coaches and players that has been assembled and have an unbelievable winning record in the Premier League over the last two or three seasons.

"Hopefully our players will take the latter [approach]."