Aston Villa announced an agreement had been reached for Leon Bailey on Saturday; the forward had been offered to Premier League clubs this summer; Manchester City, Manchester United and Liverpool among sides tracking him last season but were put off by his £40m price tag

Aston Villa have completed the signing of Jamaica forward Leon Bailey from Bayer Leverkusen on a four-year deal.

Villa announced an agreement for the transfer had been reached with the Bundesliga side on Saturday.

Bailey had been offered to Premier League clubs this summer following Leverkusen's failure to qualify for the Champions League.

Several of England's top clubs, including Manchester City, Manchester United and Liverpool were tracking the Jamaica international last summer, but were put off by the £40m price tag. 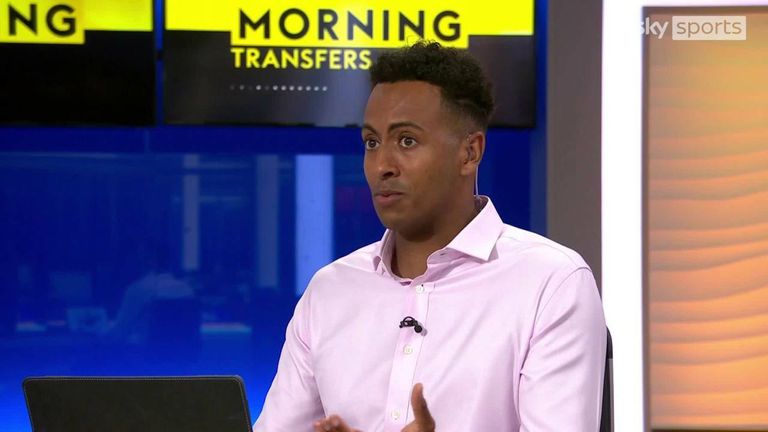 "He has enjoyed a successful career at Leverkusen and we are now looking forward to watching him show his skills and talents for Aston Villa in the Premier League."

Bailey was previously eligible to play for England due to two of his grandparents holding British passports, and was being monitored by Gareth Southgate before opting to represent his native Jamaica.

The announcement of Bailey's arrival follows the news that Villa are set to accept Manchester City's £100m bid for captain Jack Grealish.

While Villa are yet to formally respond to City's offer - which was made on Friday - it is understood they are now willing to allow their captain to leave.

It means Grealish now has to decide whether he wants to move to the Etihad Stadium in what would be the biggest transfer in English football history.

The previous record is held by Paul Pogba, who re-joined Manchester United for £89m from Juventus in 2016.

Although they are now ready to accept City's bid, Villa did offer Grealish a new and improved contract earlier this summer, despite him only signing a five-year deal last September.