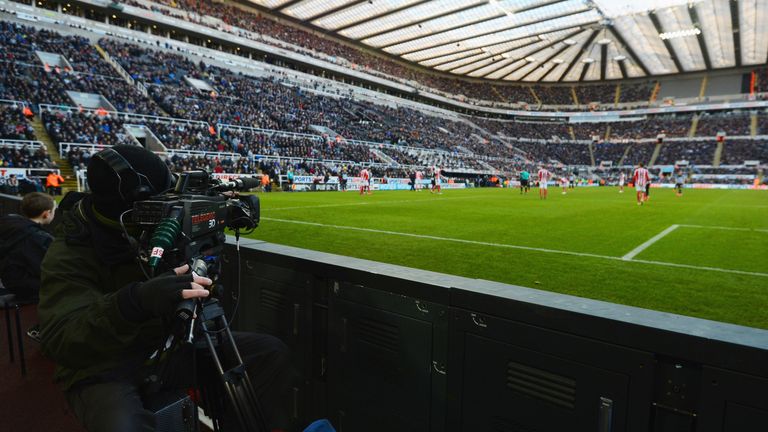 Sky Sports News reporter Keith Downie has the latest as Newcastle receive a new £350m takeover bid from the CEO of US TV company Clear TV.

Newcastle United have received a new £350m takeover bid from the CEO of US TV company Clear TV, Henry Mauriss.

Sky Sports News has been told Mauriss would prefer the takeover to happen before the start of the 2020/21 season.

CEO of Clear TV Ltd, which operates a portfolio of television platforms that deliver content to targeted audiences inside airports, healthcare facilities and on social media

The company, founded in 2014, is based near Los Angeles

The Saudis' proposed takeover is currently awaiting the outcome of the Premier League's owners and directors' Test.

That bid has been met with fierce criticism from Amnesty International over the human rights situation in Saudi Arabia, as well as opposition from broadcaster beIN Sport, who claims Saudi Arabia is involved in the illegal streaming of Premier League matches.

On Tuesday, the World Trade Organisation (WTO) issued a damning indictment of Saudi Arabia's role in facilitating the transmission of pirate television broadcasts.

The WTO report found that "prominent Saudi nationals" promoted illegal broadcasts by the pirate network beoutQ, contradicting the Saudis' previous claims that the network, which used footage from Qatari broadcaster beIN, was acting independently of their influence.

The findings, which were immediately welcomed by UEFA, raise serious concerns over the suitability of members of Saudi Arabia's public investment fund (PIF) to pass the Premier League's owners and directors' test in order to complete their 80 per cent investment in the Magpies.

Culture secretary Oliver Dowden has previously indicated it is ultimately up to the Premier League to determine the suitability of the new owners, at least two Conservative MPs have called on the government to investigate the deal and consider sanctions.