The Belgium international produced a man-of-the-match performance and was key to Pep Guardiola's men ruthlessly putting the Reds to the sword following Sadio Mane's 37th-minute dismissal.

Listen to the latest edition here!

Questions were asked of City at the back as Liverpool made a bright start at the Etihad Stadium, but De Bruyne shifted the momentum with an exquisite first-time through ball which released Sergio Aguero for their opener.

The ball was then put on a plate for Gabriel Jesus in first-half stoppage time as City hammered home their one-man advantage before the interval.

And, speaking on the Gary Neville podcast, the Sky Sports pundit compared De Bruyne's quality to that of England and Manchester United legend Beckham. 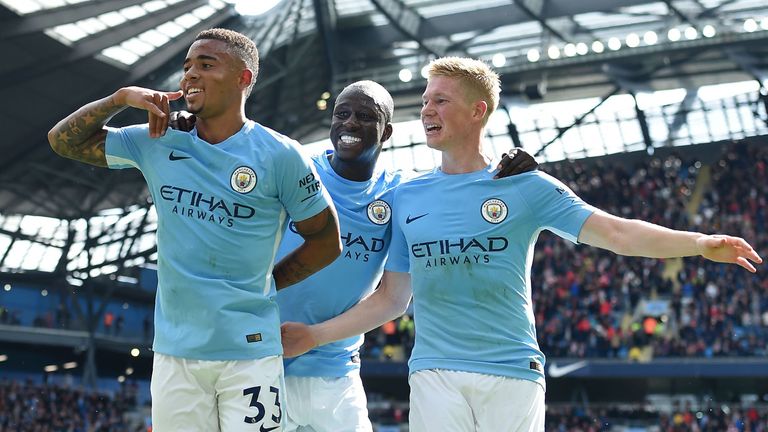 "Kevin de Bruyne has sensational quality, he really has," he said. "I played with a fantastic crosser and passer of a ball in terms of accuracy - David Beckham - and De Bruyne reminds me of him a lot.

"He is deliberate and precise, it looks like every cross lands on a sixpence, like he is aiming for the recipient.

"Too many times you see people cross and aim for an area or zone in the box, but De Bruyne has got the quality and precision to pick people out.

"David Beckham was like that, it's brilliant to watch. De Bruyne's performance was a polar opposite to the lack of quality Liverpool had in the final third.

"De Bruyne's pass for Aguero's opener and the cross to Jesus for City's second ensured it was going to be a comfortable second half for Manchester City."