Manchester City are close to being invincible, says Shaun Goater

City have made a blistering start to the Premier League campaign and have won 12 out of their 13 games, with their only dropped points coming in a 1-1 draw with Everton in August.

Guardiola's side fought back from a goal down against Huddersfield on Sunday to maintain their eight-point lead at the top of the league.

Speaking after the game, Guardiola dismissed City's chances of going through the season unbeaten, but Goater believes his former team have the ability to go close to an invincible league campaign. 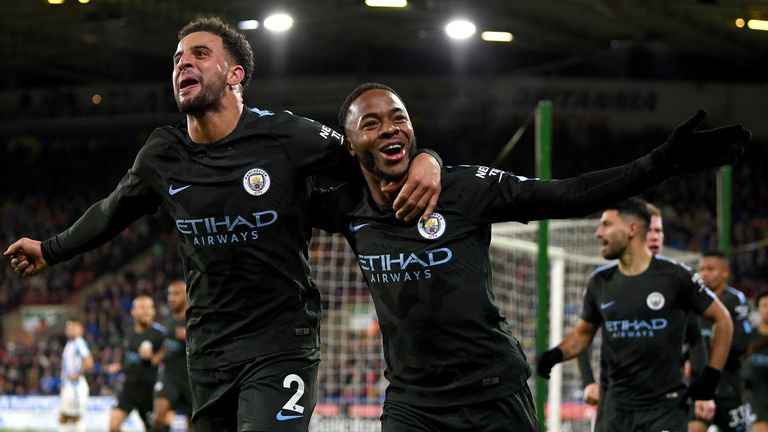 Goater told Sky Sports News: "I think in the way that Pep Guardiola has the team play, they'll certainly go a long way. Perhaps, the odd game City may lose, but I can see them going a long way to getting very close to being that invincible team.

Pep Guardiola was very happy with his side’s performance to come back and win against Huddersfield, but played down talk of going unbeaten all season.

"City are just phenomenal. The way they attack and defend, all on the front foot. They're in team's faces, the creativity the team has, City just tick all the boxes."

Raheem Sterling scored his eighth league goal of the season in Sunday's 2-1 win over Huddersfield and Goater believes the England international is thriving under Guardiola.

"The most important thing is that he is a player that Pep sees as starting in his top eleven."