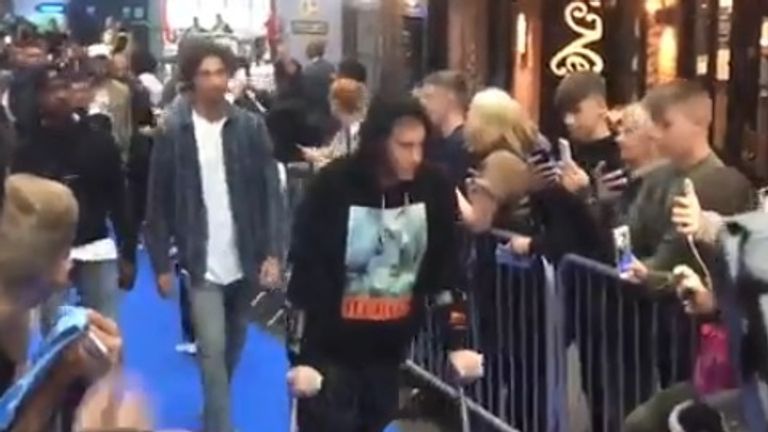 Manchester City's Kevin De Bruyne could be out for between two to four months, sources close to the player have told Sky Sports News.

City confirmed the injury, which is believed to be a twisted knee, on Thursday and that it was sustained during a training session on Wednesday morning.

The 27-year-old is still undergoing tests to discover the full extent of the injury but he was pictured on crutches earlier this week.

A statement released by City read: "Kevin De Bruyne is undergoing tests on his right knee after sustaining an injury at training on Wednesday.

"The extent of the problem is not yet known and we will bring you further updates on Kevin's condition in due course."

De Bruyne returned to City last week after being allowed extended time away from the squad following his involvement at the World Cup with Belgium.

The former Chelsea and Wolfsburg midfielder missed more than two months of the 2015-16 season after injuring his knee against Everton in a League Cup tie at the Etihad.

De Bruyne is now a doubt for Sunday's home game against Huddersfield, live on Sky Sports Premier League, while he is also at risk of missing upcoming games against Wolves, Newcastle and Fulham.