Paul Pogba says Raheem Sterling does not get respect he deserves

"Maybe if he was somebody else, it would be different." 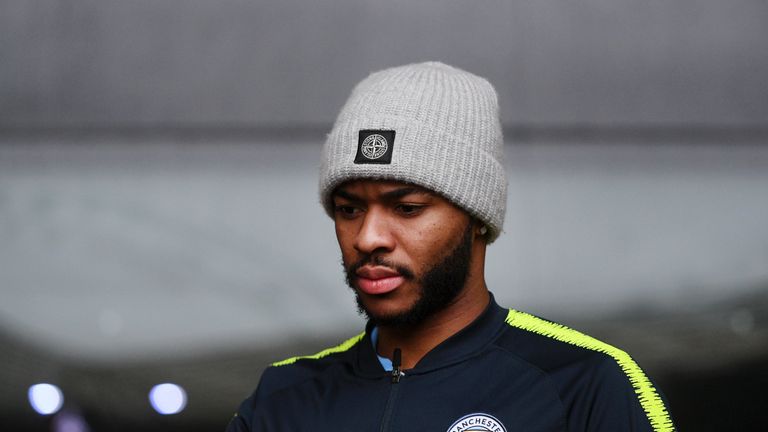 Paul Pogba believes Raheem Sterling is treated differently by the media and his achievements on the pitch are neglected.

His Instagram post showed a headline referring to Tosin Adarabioyo buying a house for £2.25m "despite having never started a Premier League match". It was posted alongside an article describing how Phil Foden had bought "a £2m home for his mum" and "set up a future".

It followed alleged racial abuse of Sterling, 24, by a fan at Stamford Bridge in Manchester City's defeat at Chelsea last December.

"Sometimes it happens," Pogba told Sky, when asked if he feels the media treat him, or Sterling, differently because of the colour of his skin.

Sterling is among the Sky Bet favourites for the PFA Player of the Year award. Here, we assess his chances of winning the prize.

Manchester City are still on course for an unprecedented quadruple this season and Sterling has already scored 21 goals in all competitions.

"I think Raheem Sterling, with all the stats from last year and everything he's done - nobody talks about it like we should," he said.

"He has ridiculous stats, he's scored goals and made a hat-trick not long ago. He's been top with City.

"What I've been seeing is he's been criticised for houses and what I've been hearing things about, but nobody talks about what he's been doing on the pitch.

"Maybe if he was somebody else, it would be different."

With all the stats from last year and everything he's done - nobody talks about it like we should.

England's Danny Rose said Sterling "was only saying what we all say in the dressing room".

"I always say racism in football shouldn't happen, because football is a sport, a beautiful sport and makes people happy," Pogba added.

"When somebody is doing a great job, he should deserve the same reward as somebody else who does the same job."