Sergio Aguero to miss Manchester City vs Cardiff with injury 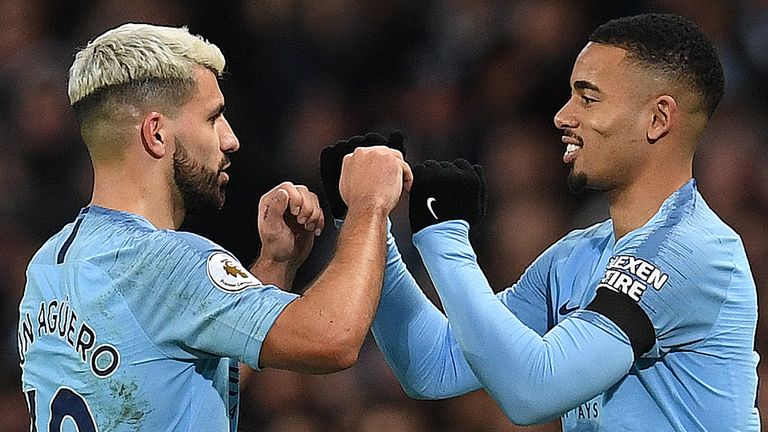 Aguero was taken off midway through the second half of the 2-0 win over Fulham on Saturday, although Guardiola described the substitution as a "precaution" in his post-match comments.

The Spaniard has now confirmed Aguero will miss the match against Cardiff, live on Sky Sports Premier League, but could return to face Brighton in the FA Cup semi-final on Saturday.

"He didn't train the last two days, tomorrow he is not able [to play]," said Guardiola. "Hopefully next Saturday or Tuesday but we will see the evolution in the next few days."

Guardiola confirmed Gabriel Jesus will start in place of Aguero against Cardiff.

Jesus has scored 17 goals in 37 games this season and Guardiola is confident the Brazilian can cope with the pressure of leading the line in Aguero's absence.

When asked if Jesus is ready for the challenge, Guardiola said: "Of course. It is a challenge but he's had a good season.

"It is not easy to play at this club as a striker, with the position of Sergio. Gabriel fights against a legend, an incredible player.

"The best season we have been together with Sergio is this season.

"At the same time he [Jesus] is a respectful guy and when he plays, he plays well. Tomorrow he is going to help us, score goals and fight and create spaces for the others. 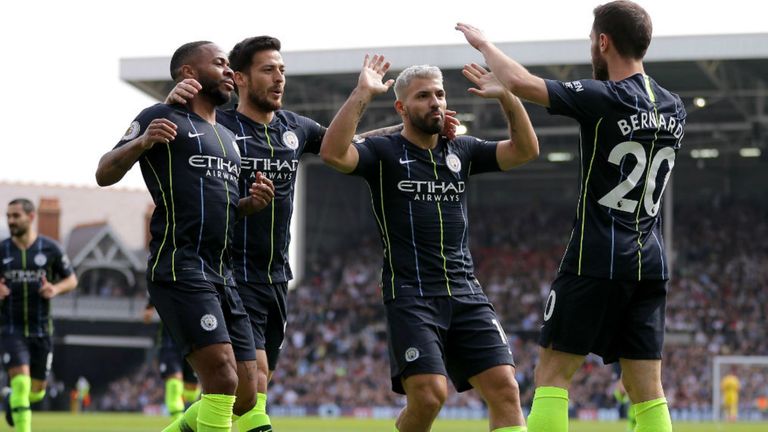 Highlights from Manchester City's win over Fulham in the Premier League

Cardiff are currently five points adrift of safety in the Premier League after their controversial 2-1 defeat to Chelsea on Sunday.

However, Guardiola is taking nothing for granted against Neil Warnock's side.

He said: "It is a final every single game. Cardiff, what I saw in the last game against Chelsea, is alive. They have spirit and what they do, they do it well. It is not like the team is already done."

City head into the match two points behind league leaders Liverpool after the Reds snatched a late win against Tottenham on Sunday.

Guardiola expects Liverpool to maintain their challenge until the end of the season and insists his squad are fully prepared for the title race to go down to the wire.

He said: "Nobody said it would be easy. I know that, we knew that. It is a better challenge. We've accepted that we're going to fight against an incredible team.

"Yesterday when I saw Arsenal and how good they are playing in the last period with an incredible manager in Unai [Emery], the incredible distance that we have is because we have done incredibly so far.

"Everybody is excited to live what we are going to live in the next few weeks, but at the same time we know that in one week we can lose everything."