Vincent Kompany sculpture commissioned by Manchester City for the Etihad 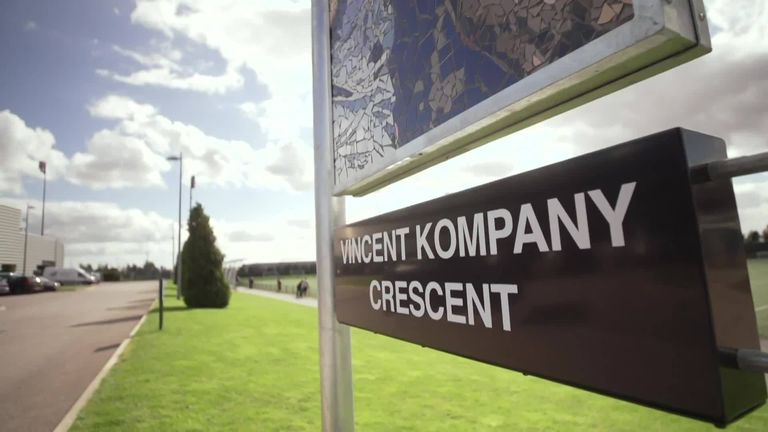 Manchester City have commissioned a sculpture of former captain Vincent Kompany to be installed outside the Etihad Stadium.

The Premier League champions have also renamed a road in their training complex after the Belgian defender.

The road connecting the club's academy pitches and the first-team centre has been renamed 'Vincent Kompany Crescent', and features a mosaic inspired by his match-winning goal against Manchester United in 2012.

Manchester City announced the plans to honour Kompany on the same day as his testimonial at the Etihad.

"It's an incredible honour to be recognised by this special club in this way," said Kompany, who made 360 appearances for City.

"The journey that we went on together throughout my 11 years in Manchester changed my life and I am delighted to have played my small part in altering the course of this club's history during that time."

"He is not only an inspirational and resolute leader on the pitch, but an impeccable and articulate ambassador off it.

"His contribution will be remembered for generations to come, by supporters of our club and the wider football community who rightly recognise Vincent as one of the iconic Premier League figures of his generation."