Lazio are increasingly confident of reaching an agreement to sign free agent David Silva, according to Sky in Italy.

The Manchester City midfielder, who has won 11 major honours in 10 seasons in England, will leave the club when their Champions League campaign ends.

Negotiations had been proving difficult but Sky in Italy report that positive signs are beginning to emerge.

The 34-year-old, who has already played his last game for City domestically, bowed out as the club's record Premier League appearance, win and assist holder.

Silva will be hoping to complete a clean sweep of major honours by guiding City to the greatest prize of all in this month's Champions League finale.

City play the second leg against Real Madrid, leadng their last-16 tie 2-1 from first leg, at the Etihad on Friday night before a potential quarter-final in Lisbon on Saturday August 15.

Manchester City midfielder David Silva admits his glittering career has exceeded his "wildest dreams" as he approaches his final league game for the club.

Silva is to leave the City after 11 seasons at the club when his contract expires this month.

"When you are young, you don't dream about all of this," Silva said. "You dream about becoming a footballer, a professional footballer, you dream of playing in the top flight - but you never think about all the things that you could possibly achieve."

City's most recent successes have come under the inspirational management of Pep Guardiola.

"What Pep has done during his time here has been incredible. We have won a lot of trophies and, what's more, we have dominated football here in England too," Silva added. "It hasn't just happened by chance. Thanks to him and the important role he has played we have won these trophies." 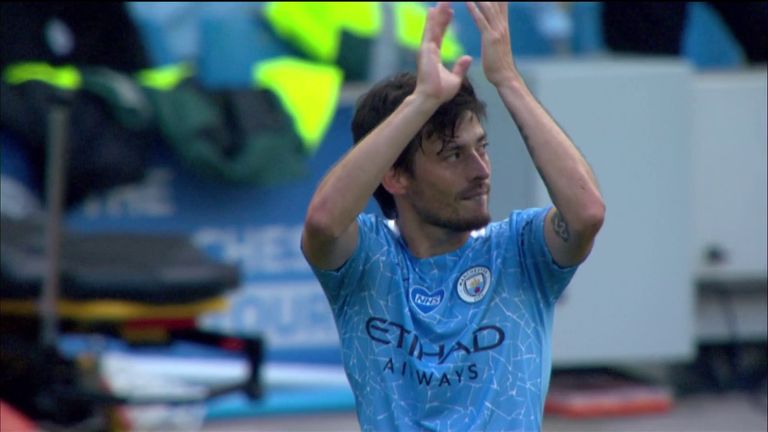 With David Silva leaving Manchester City and the Premier League, the Sky Sports pundits reflect on his legacy.

"David Silva was probably City's first world-class player in my lifetime. When he and Sergio Aguero came from Spain, I thought they would last two or three years. You could see the talent, but I did not think they would commit to the city like they have done. They are absolute professionals and what they have achieved on the pitch is outstanding.

"I think back to three seasons ago and that first Pep Guardiola title win. It was Silva and Kevin De Bruyne in front of Fernandinho - I knew they could play; I did not know those two could defend. The work ethic that season, it took my thinking to another level.

"If anyone wants to go back and watch outstanding world-class players playing in midfield who wouldn't ordinarily be classed as central midfielders doing that role and doing both sides of the game equally well, it was that season."