A New York City FC supporters' group has criticised the decision to allow Frank Lampard to extend his stay at Manchester City.

The 36-year-old signed for the Major League Soccer side on a two-year contract in the summer having been released by Chelsea only to make an immediate return to the Premier League with a loan deal at Etihad Stadium.

Lampard, who won 106 caps for England, was due to return to New York in time for the season opener on March 8 but has been granted permission to stay with Manuel Pellegrini's side until the end of the current Premier League campaign - prompting a fan backlash in America.

A New York supporters' group The Third Rail statement: "On behalf of the Third Rail, we would like to publicly denounce City Football Group's and Frank Lampard's decision to extend his loan to Manchester City until the end of the Premier League season. 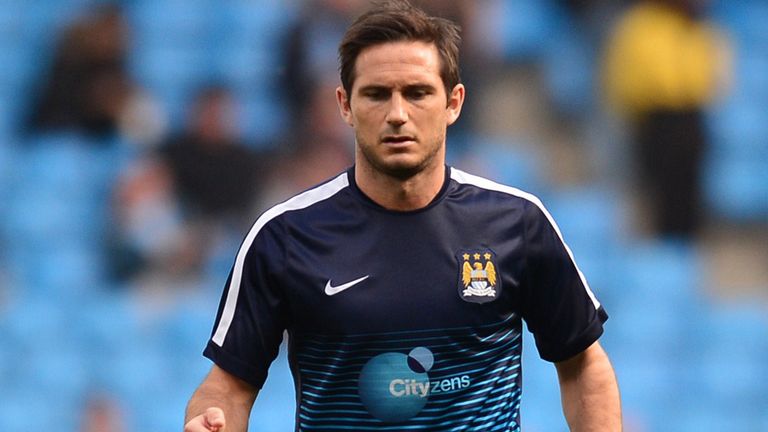 Many of those fans are rightly outraged by this decision, and we support any course of action they take to voice their discontent over this decision.

"Many fans, including our members, decided to support the team, committed to season tickets, and bought merchandise under the impression that Frank Lampard would be playing for New York City Football Club, not Manchester City.

"Many of those fans are rightly outraged by this decision, and we support any course of action they take to voice their discontent over this decision.

"Our support for our ownership group has been unwavering until now, but this we cannot support. We reject out of hand any suggestion that NYCFC is in any way secondary to Manchester City FC, regardless of the source, and are disappointed that City Football Group would give such an appearance.

"The Third Rail will forever act as a voice for the fans of New York City Football Club."

"I hope that he will be there next year but I think that in this moment the best decision for him, for the club, for New York is to stay here with us.