Scott Parker tells Sky Sports after Burnley's 2-0 win at Fulham seals their relegation: "We need to work out what we need to do to improve, not just as players and a team but as a football club. We've had a relegation, promotion, and relegation." 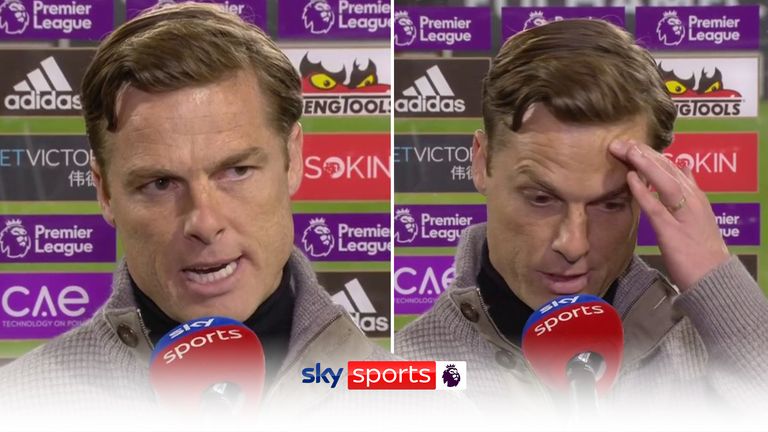 An emotional Scott Parker spoke to the MNF studio after Fulham's relegation was confirmed after their 2-0 defeat to Burnley at Craven Cottage.

A "gutted" Scott Parker said Fulham need to make "big decisions" on how to survive in the Premier League but refused to answer questions on his own future at the club.

Parker has overseen both of those drops into the Championship, first taking over from Claudio Ranieri in the Cottagers' doomed 2018/19 campaign, but after leading his former club back to the Premier League at the first time of asking last August he has again fallen short in his first full season as a top-flight manager.

Their relegation was confirmed with Monday night's 2-0 defeat by Burnley, a game where Fulham drew yet another blank in a season where they have scored only 25 times in 35 games. Parker pointed to a familiar feeling as a toothless home attack again failed to cause sufficient damage to the visiting defence, and said the club must work out how to keep their heads above water in the Premier League.

"I'm hurt, I'm gutted," he told Sky Sports. "This has been looming us, we've flirted with it for a long time, there are no words that I can say other than I am gutted we have not been successful this year. Staying in this division was a success for us, we knew it was always going to be a challenge, but it is bitterly disappointing not to do that. 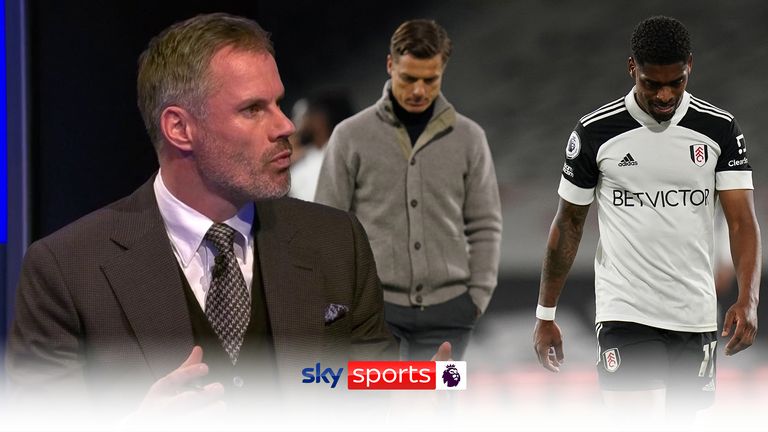 Jamie Carragher and Gary Neville debate the key turning points that led to Fulham's relegation from the Premier League following their 2-0 loss to Burnley this evening.

"That game probably sums up our season. In between both boxes this year we've had our moments and looked a good side, but where we have fallen short is the other side of that. Tonight, defensively, the two goals are poor goals, and when we got the ball in the area in those clinical moments where you need the final details and criticalness, we fell short.

"While we have had progression, we have fallen short at this level. There is no denying that, that is why we have been relegated. We need to work out what we need to do to improve that, not just as players and a team but as a football club. We've had a relegation, promotion, and relegation. After the highs and lows of that journey, we need to find how we can keep a level about us. That is the next task.

"The performance levels have been there, the fine margins and gulf in class in this division are so small. We've been so close at times but yet so far. Over the last five or six games, we've just fallen short. We need to work out very quickly as football club where we went wrong this year.

"We're on a rollercoaster - relegation, promotion, relegation - now is not the time to talk about it, but we certainly need to make some big decisions, we need to understand what we need to do and where we need to improve, and transfers are definitely going to be an area we look at."

Parker has been linked with the vacant job at another of his former clubs, Tottenham Hotspur, and was coy about his future at Craven Cottage after barely two years in the job.

When asked if he had the desire to bring Fulham back to the Premier League, he said: "It's not a conversation for tonight. We've got three games left and my job is to get this team to finish the season in the right way.

"After that the discussion we have as a football club for what we need to do to improve will speak for itself.

"We'll make those decisions as a football club and we'll have those discussions. They happen at all good football clubs. We have to be honest and very brutal in terms of what happened this year." 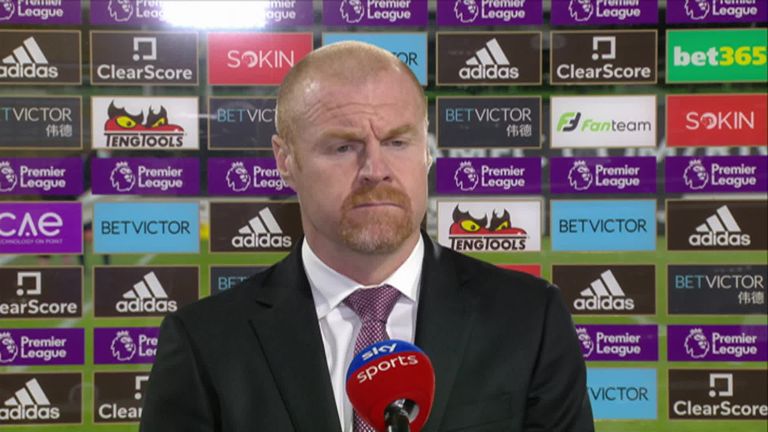 Sean Dyche says his Burnley players and staff deserve massive credit for securing another season in the Premier League, especially with the lack of investment and the takeover happening behind the scenes.

Burnley secured their own Premier League safety with three games to go thanks to a second win from three games, and while they remain 15 points adrift of their record points tally in 2019/20, the Clarets looked doomed for the drop themselves not so long ago after starting the season with two points from their first seven games.

Manager Sean Dyche, who led the club in a 350th league game at Craven Cottage, said survival had brought some closure to his toughest season since he took over the reins from Eddie Howe in 2012.

"It's my most challenging season as a manager of the club, we've had so many injuries and challenges this year, but they've risen to it," he said.

"There's so much going on from the lockdown, the sale of the club and it finally going through. If I wrote a book, you'd put it in the fiction section. 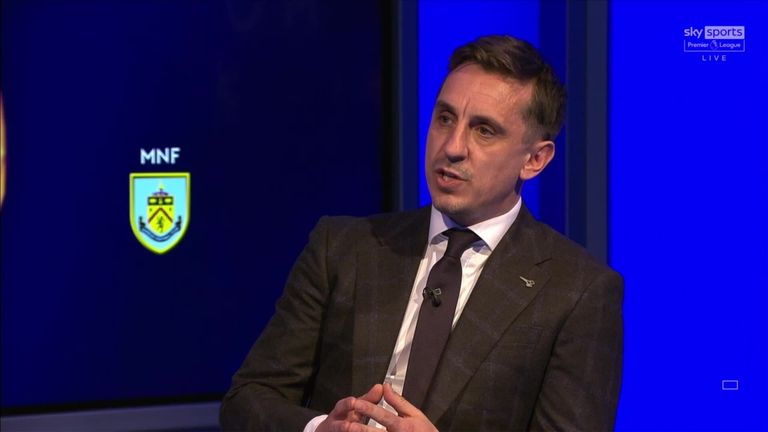 Carragher and Neville both agree that it is important that Dyche stays at Burnley benefit the club moving forward.

"I've never witnessed the amount of injuries we've had, it's been against us all season. Obviously, a lack of investment from the outgoing owners was difficult, but I never wavered my belief in the group. So many different things, and then you have to go out and beat the opposition enough to get the points to stay in the Premier League too."

Burnley's new owners, ALK Investment, arrived at the club in January and will oversee their first summer transfer window in the coming months, but Dyche was keen to play down hopes of big-money arrivals after Burnley's limited spending in recent years.

He said: "Talks with the owners have gone on about what can be achieved, I don't think there's a radical financial shift like what happens sometimes in the Premier League, I think there will be some investment, it's how that's balanced against keeping our squad together, but there's an open dialogue.

"There's a lot of planning still to be done, avenues to go down at looking how we can move forwards as a playing staff. It's an ongoing situation, always has been. There's no magic wand, it takes time, effort, alignment of everything."

"The difference between the two sides was know-how, experience.

"It was men against boys, Burnley looked like a team who trusted what they were asked to do. Fulham, like all the three teams at the bottom, have not been good enough throughout the season.

"I trust Burnley, I didn't think for one second Fulham would win. Burnley are reliable and Fulham aren't, they are inconsistent and not clinical, and that is the big difference, Burnley are clinical and ruthless."