Casilla was given an eight-match ban on Friday after being found to have used racist language towards West Brom forward Leko, then on loan at Charlton, during a Sky Bet Championship match on September 28.

Following the ruling, Leko revealed his frustration at how long it had taken for a hearing to take place, and also his disappointment at a lack of support from the Professional Footballers' Association (PFA) and anti-racism bodies, including 'Kick It Out'.

"You can see he wasn't himself, because he's a bubbly lad, he's a young lad, very confident, and he was a bit quiet for a while after," Bowyer said. "But then us as a group, we got him through that, and then he started to become himself again.

"But the most important thing now is that it's been dealt with and we can all move on. In an ideal world, for us - and I guess Leeds would say the same - it should have been dealt with quicker. I don't think it's been fair on both clubs and all players involved for it go on as long as it did.

"It's too long. To have something like that holding over you is difficult, and for a young player as well. It's not a nice thing to have to carry."

Along with urging the game's governing bodies to "look into their own processes", Leko admitted that he would "think twice" in future about reporting such an incident, due to the level of stress the process has caused him. 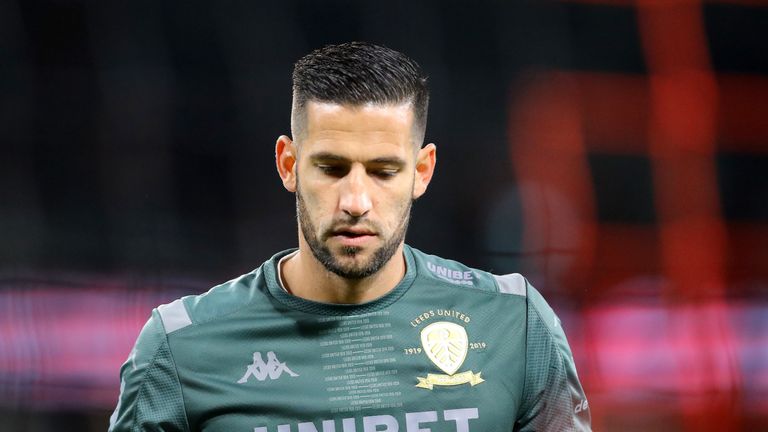 Paul Elliott, a member of the FA's Inclusion Advisory Board, says the eight-match ban for Leeds' Kiko Casilla sends the right message over racism in football

The PFA issued a public apology to Leko on Wednesday, explaining that they had contacted Charlton and having not heard back "wrongly assumed" that the player didn't require their support.

Leko returned to West Brom from Charlton after injuring his anterior cruciate ligament at the end of December, but Bowyer has remained in contact with the 20-year-old.

"Us as a football club, have been there supporting him from day one," Bowyer said.

"We don't agree with racism, we don't want it in football, this club does a lot of work around the community with all different aspects but we know that we've done the right thing by Jonathan and supported him throughout the whole process.

"As soon as the verdict came out, I rang him, just to make sure he's OK. Now that it's over, he just said he's glad it's over and he can move on."

Kick It Out expresses sympathy for Leko

After being criticised by Leko for its response after he reported Casilla's abuse, Kick It Out has released a statement expressing its "sympathy" for the player - although it says it did reach out to him.

The statement read: "We should not shy away from fully confronting the ugly and shocking nature of this racist comment, and we commend and stand by the Charlton Athletic players for bringing this to the fore.

"Kick It Out did reach out via the proper channels to Charlton within days of the incident to offer our support to Jonathan Leko and we extend him our sympathy as he did not receive the appropriate support he needed during this stressful experience."

The anti-racism body also offered an "olive branch" to Casilla, but says it feels the eight-game ban handed to the Leeds goalkeeper is insufficient.

"We can confirm that we have not heard from Kiko Casilla or Leeds United as yet, however we extend an olive branch to him and the club to provide practical support and continued opportunities for re-education," said Kick It Out.

"We are somewhat disappointed with the length of ban administered, particularly as the Football Association were pushing for an additional two matches.

"This ban is in line with a similar case going back eight-plus years, and we would ask 'does it send a message that we have not moved on since that period of time?'

"We would welcome the opportunity to liaise with the FA to consider consistent and standardised sentencing guidelines, in order that relative punishments can more accurately reflect our values as a game and a society."