West Ham midfielder Pablo Fornals says 'I can do better'

Pablo Fornals says West Ham fans have yet to see the best of him and promised there is much more to come.

The Spain international joined the Hammers from Villarreal last summer and admits it has taken him a while to adjust to playing in the Premier League.

Fornals showed glimpses of his quality in February when he scored against Liverpool at Anfield and provided two assists in the win over Southampton, and he is determined to build on those performances should this season be allowed to resume.

The midfielder told Sky Sports News: "I needed a few months but I think now I have been having good games, creating good chances and scoring goals.

"I was really feeling good and excited (before the season was suspended) because I was playing well.

"I come from a small town, a small city, so London for me is like a whole country!

"The intensity in England is very hard. The people here prefer you to attack every time, pass the ball, control the games. 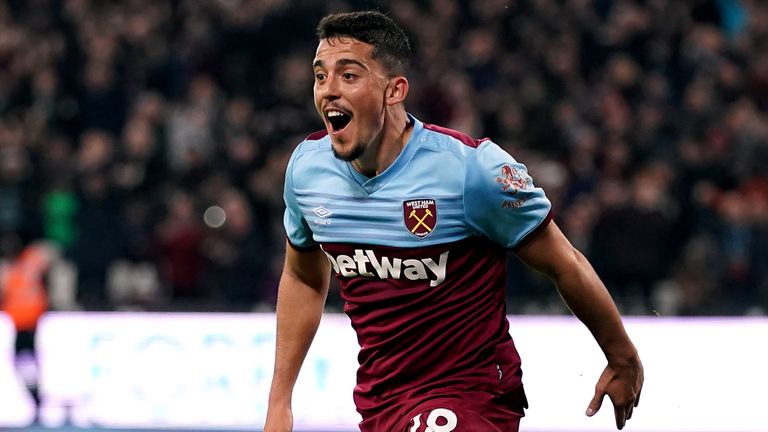 "I think it's the English football culture and it's one of the things that makes this league one of the best in the world - the aggression of the players, the chances in every game, so I'm happy to learn about these kinds of things.

"I recommend to all Spanish players to come here and learn about these things. You can't explain to anybody the intensity of this league and this culture, you need to see it (for yourself).

"I'm confident that 2019/20 will not be my best season in England. I want to show our fans that what people saw this year is not the real Pablo Fornals - I can do better."

Fornals' parents and sister are isolating together in his hometown of Castellon de la Plana during the lockdown, while he finds himself living alone in London.

"I'm good, I'm trying to do many things with my time because I can do more than just stay at home," he said. "I clean, I cook, I do my exercises, and I talk with lots of people.

"My family are okay, they are all together. My sister lives at home with my parents and all three are together so I'm happy. I want to be with them but I can't. I just want to be playing as soon as possible."

He added: "Lots of the guys ask about me, my situation and how I'm doing living this situation alone at home, so I'm happy to be in this team."