Antonio has scored four goals in West Ham's opening three Premier League games; Tottenham are top of the table and unbeaten in the league so far this season; Re-watch Danny Ings' spectacular bicycle kick that won Goal of the Month

West Ham forward Michail Antonio has been named as the Premier League Player of the Month for August, while Tottenham boss Nuno Espirito Santo has won the Manager of the Month award.

Antonio has scored four goals in the Hammers' opening three top-flight games, including a brace in his side's 4-1 win over Leicester which saw the 31-year-old become the club's all-time Premier League record goalscorer.

He scored his 50th Premier League goal for West Ham the following weekend in the 2-2 draw at home to Crystal Palace. 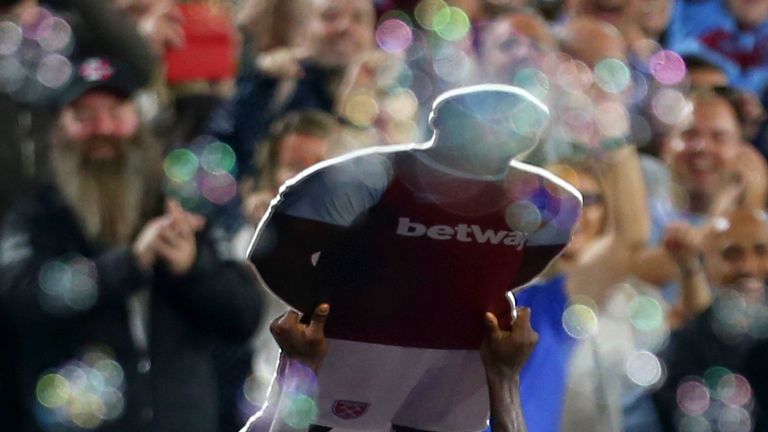 Antonio's fine start to the season has coincided with West Ham's continued run of impressive results, with David Moyes' side second in the table and unbeaten in the league so far this season after they secured Europa League qualification last term.

Jamaica international Antonio played a pivotal role in that campaign, scoring 10 goals in 26 Premier League games and he has carried that form into the new season. 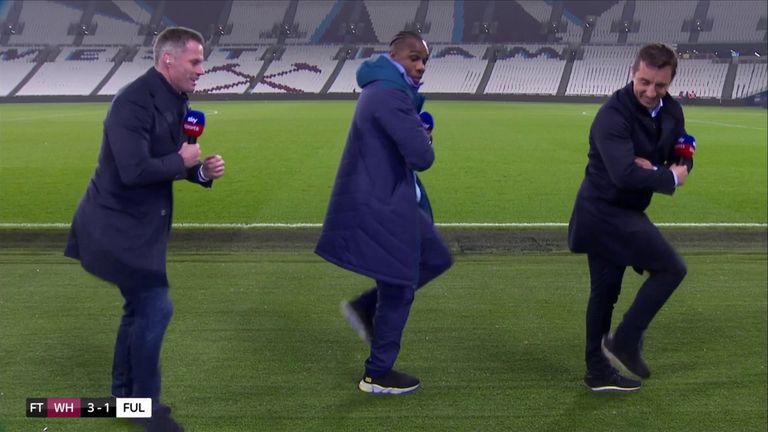 Watch Antonio's most memorable goal celebrations, including 'the worm', 'the Homer Simpson' and a group effort involving Jamie Carragher and Gary Neville!

West Ham travel to Southampton on Saturday as the Premier League gets back underway following the international break.

Nuno has enjoyed a strong start to his tenure in north London after being named as Tottenham's new head coach in July.

Spurs kicked off the new season with a 1-0 win over Premier League champions Manchester City before successive victories over Wolves and Watford which sees Nuno's side unbeaten and top of the table after three games.

Last month Nuno welcomed the news that Harry Kane had committed his future to the club, despite the striker pushing for a move to Manchester City during the transfer window over the summer.

He won the first monthly managerial award of the season ahead of Everton boss Rafael Benitez, David Moyes at West Ham and Chelsea coach Thomas Tuchel.

Tottenham will be hoping to continue their unbeaten start to the season when they visit Selhurst Park to play Crystal Palace on Saturday.

Danny Ings scooped the Goal of the Month award for his spectacular bicycle kick on his home debut which helped Aston Villa beat Newcastle 2-0 on August 21. 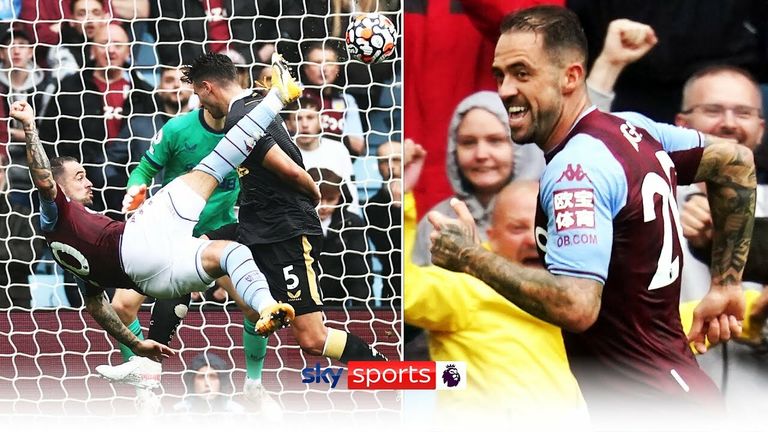 After the match Villa boss Dean Smith said Ings' strike was an early contender for goal of the season.

"He scored a 20-yarder into the top corner against us last season, we know the type of goals he can score! It's a super finish, and one that'll be in the list for the goal of the season, and it's only the second game," he said.