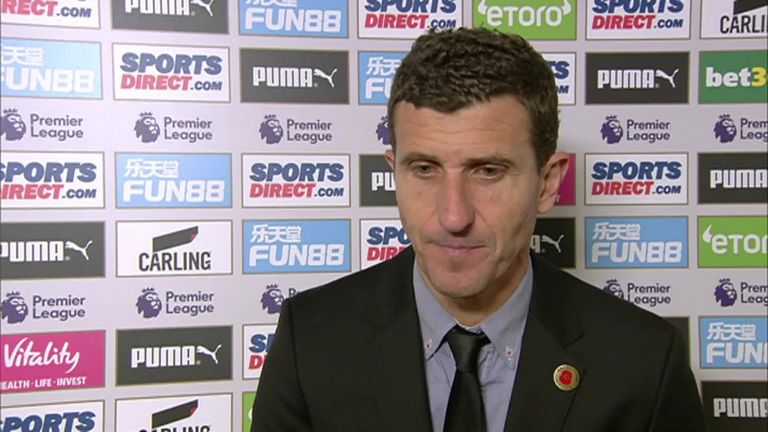 Javi Gracia doesn't understand how his Watford side didn't score during their 1-0 defeat at Newcastle.

Watford boss Javi Gracia was left frustrated with his team's finishing after they squandered a hatful of chances in the defeat at Newcastle.

Rafa Benitez's men recorded their first Premier League victory of the season as Ayoze Perez scored in a 1-0 win.

Watford mustered 16 shots in the match, but just one of these was on target. Roberto Pereyra hit the crossbar and Gerard Deulofeu was especially wasteful with his finishing in the first half while Stefan Okaka missed a gilt-edged chance in stoppage time.

"If you do not score and kill the game when you have the chance to, something like today can happen," Gracia said. Newcastle United manager Rafa Benitez was pleased with his side's first win of the season but admits they need to build on it after his side beat Watford 1-0 in the Premier League.

"We can speak about how many players had a good chance to score; Stefano Okaka, Roberto Pereyra hit the crossbar, Adrian Mariappa, Isaac Success, a lot of players had clear chances.

"We dominated the first half. Creating the chances we have today when playing away against Newcastle is not easy. We now need to be demanding and improve."