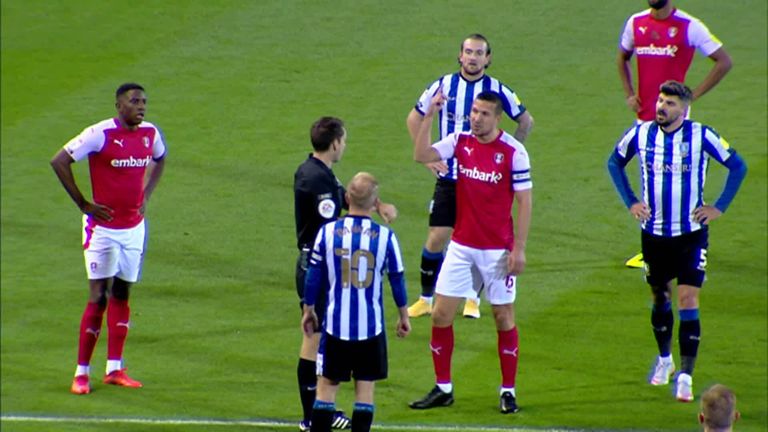 Rotherham's Championship match against Sheffield Wednesday had to be stopped due to an "unauthorised drone" flying in the air space over the New York Stadium.

The game was in just its fifth minute when referee Jarred Gillet ordered both teams off the field.

"The players have been brought off the pitch due to safety concerns," Rotherham's official Twitter account said.

"We'll update you on the situation when we know more.

"We understand there is an unauthorised drone in the air space over the AESSEAL New York Stadium."

With the players having been off the field for around 10 minutes, play was able to resume.

"The players are back out on the pitch here at AESSEAL New York Stadium going through some extra warm-ups," Rotherham posted.

"The game will be restarted soon from 4 minutes and 15 seconds which is where it was initially halted."

Rotherham went on to win 3-0 against bottom side Sheffield Wednesday in the South Yorkshire derby. 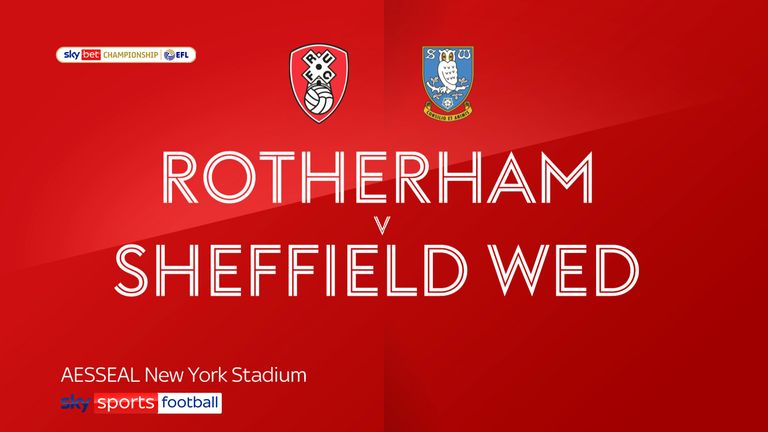 Sheffield Wednesday's social media team had difficulty making sense of the situation in real time, with the players' departure from the field initially leading to confusion.

"It seems there is an issue in the game... Play has been suspended and both teams have retreated to their dugouts," Sheffield Wednesday posted on Twitter, alongside a confused emoji.

On Thursday, South Yorkshire Police confirmed it had launched an investigation into the incident.

"An investigation is underway after a drone was flown over Rotherham's New York Stadium yesterday evening (28 October) during a football match between Rotherham United and Sheffield Wednesday," a police statement said.

"Police were alerted to the drone shortly after kick-off and the game was briefly paused while officers located and identified the pilot.

"The drone has been seized and enquiries are ongoing." 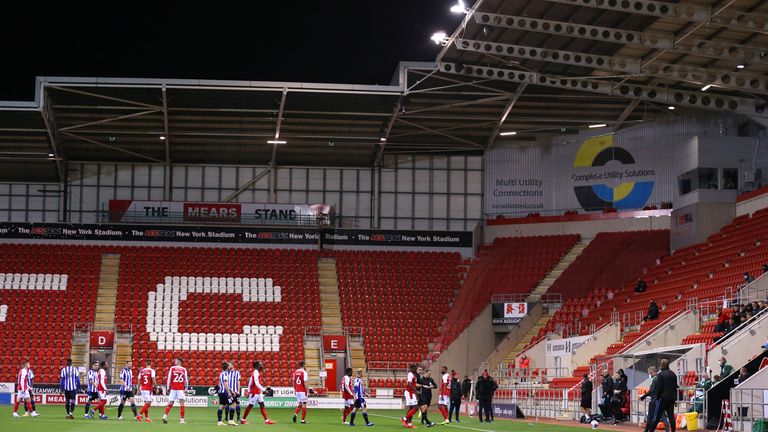 Rotherham boss Paul Warne reflected on a "weird evening" after the game, and admitted he had seen the funny side of the drone incident.

"It was a weird evening you know, playing a local rival, no fans in, then a drone - I don't know what else could have happened really apart from the net falling off or something," Warne said.

"He (the referee) came over to speak to the fourth official and he just said, 'look, there's a drone. Security have found that we've got to get off until it's been safely removed'."

"So that was the case. Went in the dressing room, told the lads how great they were for the first four minutes, 'we didn't put a foot wrong, keep that up and we'll keep a clean sheet,' so I had a bit of comedy with them."