Nuno Espirito wants Wolves to convert more of their chances

Wolves head coach Nuno Espirito says his team need to be more clinical in front of goal but he is confident they can arrest their current slide.

It is the first time they have lost back-to-back league games since the Portuguese took over in 2017 but Nuno believes his newly-promoted team will soon return to the form they showed at the beginning of the season.

"We have to react, I think we played well in the last two games we didn't deserve to lose so we have to maintain our highest standards," he said.

"Everybody was frustrated and disappointed [after losing 1-0 at Brighton], especially the players because they felt we were the better team and we had chances.

"I think how you play is very important. Of course the result can tell you a lot of things but it is how we play, how we create chances, how we manage to unbalance other teams and create opportunities and at the same time control our defence. We are optimists for the game [against Spurs]. 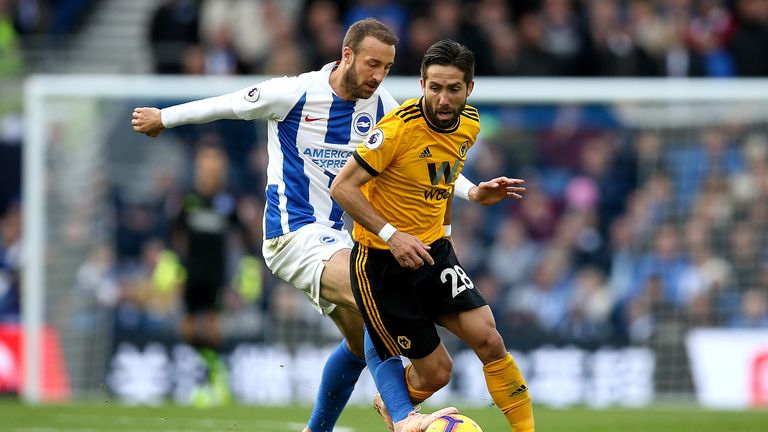 Highlights from the Premier League match between Brighton and Wolves

Wolves failed to score against Brighton and Watford and have netted just nine goals since returning to the Premier League, but Nuno is confident they will start to convert more of their chances.

Nuno has long admired Mauricio Pochettino and he is not surprised the Tottenham boss is being linked with the vacancy at Real Madrid.