Patrick Cutrone has joined Fiorentina from Wolves on an initial 18-month loan deal with an obligation to buy.

The Italian striker returns to Serie A six months after leaving boyhood club AC Milan, in a deal worth £16m which allows Wolves to recoup the fee spent on him in the summer.

Cutrone was greeted by Fiorentina fans when he landed in Florence late on Thursday night before completing a medical and signing his contract on Friday.

The Italy U21 international struggled to break into Nuno Espirito Santo's team throughout his time at Molineux, starting nine times out of 24 appearances and scoring three goals across three competitions.

The 22-year-old held talks about his future with the Portuguese manager last week and was subsequently left out of the side's FA Cup third-round match with Manchester United.

Talks between Cutrone and Fiorentina broke down earlier this week and the Italian was training with Wolves' first-team squad on Wednesday, but negotiations resumed again and an agreement was reached on Wednesday night. 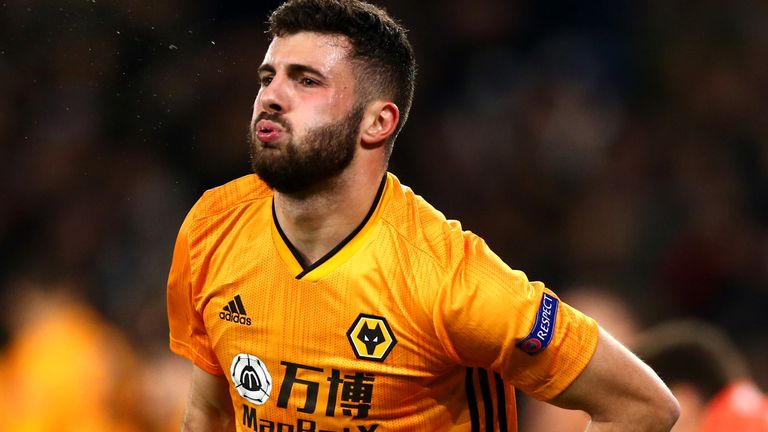 Fiorentina had been looking for an out-and-out striker in this transfer window after fielding Kevin-Prince Boateng up front for most of their Serie A campaign and also relying on young prospect Dusan Vlahovic.

The Serie A side sacked coach Vincenzo Montella two days before Christmas after a string of poor results culminated in a 4-1 home defeat to Roma, and replaced him with Giuseppe Iachini with the side sitting 15th in the league.

Wolves could look to replace Cutrone swiftly, registering an interest in RB Leipzig's Brazilian striker Matheus Cunha, while a deal is close for PSV teenager Nigel Lonwijk valued at around £180,000.