Celta Vigo are in talks with Southampton over a deal to sign centre-back Wesley Hoedt, Sky Sports News understands.

The two clubs are in discussions over an initial loan deal with a view to Celta buying the 24-year-old in the summer.

New Saints boss Ralph Hasenhuttl recently admitted Hoedt was free to leave St Mary's this month, having not featured since he succeeded Mark Hughes in December.

He said: "For Wesley it can be the same [as Manolo Gabbiadini and Steven Davis]. We don't send any player away but if he feels like he is not used like wants from us, he should think about it." 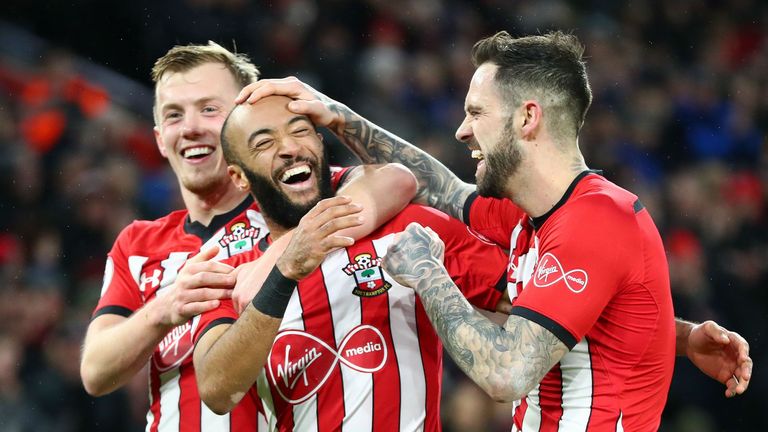 Highlights from Southampton's 2-1 win over Everton in the Premier League.

The Austrian manager has settled on a back three of Jannik Vestergaard, Jack Stephens and Jan Bednarek in recent games, with Maya Yoshida to return from captaining Japan at the Asia Cup in 10 days' time.

It is understood Hoedt remains keen to keep playing regular games rather than sit on the bench and wait for an opportunity with the Saints.

Hasenhuttl is thought to be happy with his centre-back options even if Hoedt were to leave the club before the January 31 deadline.

Sky Sports News reported earlier this month that Celta Vigo had been in talks with Crystal Palace over a similar deal for their defender Jairo Riedewald.