Southampton's Nathan Redmond ruled out for up to three weeks

"He can make a difference... every game he's missing isn't good for us," says Ralph Hasenhuttl

Nathan Redmond is set to be ruled out for up to three weeks with an ankle injury, Southampton manager Ralph Hasenhuttl has confirmed.

The winger went down unchallenged during Tuesday evening's Carabao Cup win over Fulham at Craven Cottage and was seen leaving the ground on crutches wearing a protective boot.

"In the moment, it looks that he seems to be out for two, three weeks, I think," Hasenhuttl said of Redmond.

"It can be longer but with good rehab - the next 10 days, he has to wear a shoe that doesn't move his ankle - and then it can be quicker.

"He will be a massive loss for our team, for sure. He can make a difference and I'm happy that it's not worse because it could've been and then the impact would have been worse for us.

"Every game he is missing isn't good for us." 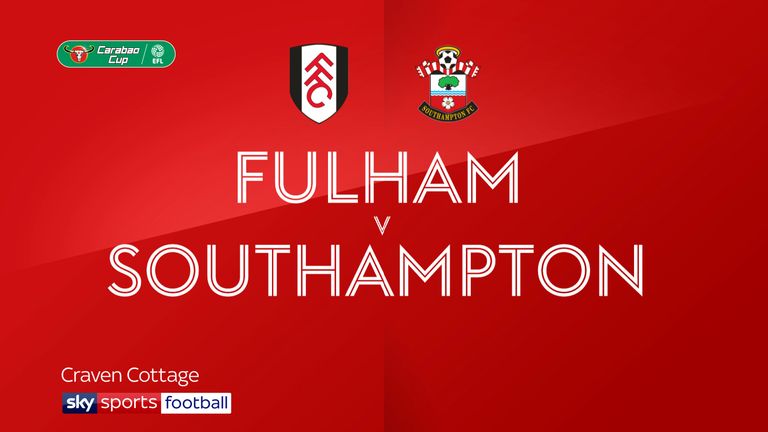 South Coast derby will be 'interesting'

The clubs have not met for more than seven years and Hasenhuttl expects an 'interesting' encounter at Fratton Park in the week commencing September 23.

"I know the history and I know that it's for our fans the only really south coast derby. I think this game doesn't happen for a long time," he said.

"A good game for celebrating football in this special way. For us, a good chance to come in the next round.

"There's still a few days to go to this game so maybe we should focus first on the other challenges we have. I know that it will be interesting."