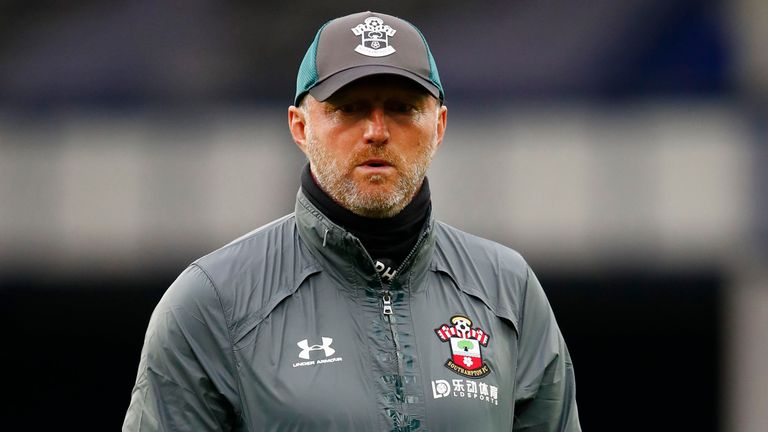 Southampton boss Ralph Hasenhuttl is confident to club will do business before the transfer window closes and says there could be up to three new signings.

The Saints have already signed right-back Kyle Walker-Peters from Tottenham and centre-back Mohammed Salisu from Real Valladolid this summer.

Everton midfielder Tom Davies is a player they are interested in, but Southampton only want to take him on loan while the Merseyside club would, at the moment, prefer a permanent deal.

"I know we will get players in," Hasenhuttl said. "Now comes the moment where some good opportunities are coming up.

"Our number-one choice, it may not be so easy to get now, but there are some other alternatives coming to us, loan or permanent.

"I think we know we need one or two players minimum, maybe three."

Dutch defender Wesley Hoedt is expected to head back to former club Lazio in a loan switch, while Sofiane Boufal and goalkeeper Angus Gunn could also depart to gain more first-team opportunities.

"So far, nothing is finalised, so it is too early to speak about," Hasenhuttl said regarding Hoedt, "but he is one player who will leave our club."

Saints will again be without Nathan Redmond for Saturday's evening kick-off at Burnley as the winger recovers from an ankle problem.