Lyanco is Ralph Hasenhuttl's eighth summer signing and has arrived at St Mary's on a contract until 2025; "It's a dream that I have had since I started playing football as a child to play in the Premier League and for a team like Southampton"

Southampton have completed the signing of Brazilian defender Lyanco from Torino on a four-year contract.

The 24-year-old completed a medical on Monday and is understood to have also been subject to interest from Udinese and their sister club Watford over the summer.

The centre-back played 23 games in Serie A last season, helping Torino avoid relegation to the second tier of Italian football as they finished 17th.

Lyanco, who is a Brazil U23 international and was part of their Toulon Tournament-winning side in 2019, becomes Saints' eighth signing of the summer, with Adam Armstrong, Theo Walcott, Romain Perraud, Valentino Livramento, Dynel Simeu, and Thierry Small having joined permanently, while Armando Broja has arrived on loan from Chelsea.

He said: "I'm very happy to be here. It's a dream that I have had since I started playing football as a child to play in the Premier League and for a team like Southampton.

"It's a dream not only for me but for all my family too.

"I grew up in Brazil and the football is different there, then when I went to Italy I learned that you have to be focused more on tactics.

"My dream was to play in the Premier League and play strong football, and for me English football is perfect."

Torino did not include him in their squad for their opening match of the Serie A season, which they lost 2-1 at home to Atalanta.

Lyanco moved to Italy from Sao Paulo in 2017 and enjoyed a loan spell at Bologna in the 2018/19 campaign. As well as his appearances for Brazil's development teams, he also holds Serbian citizenship and has represented them at U19 level. 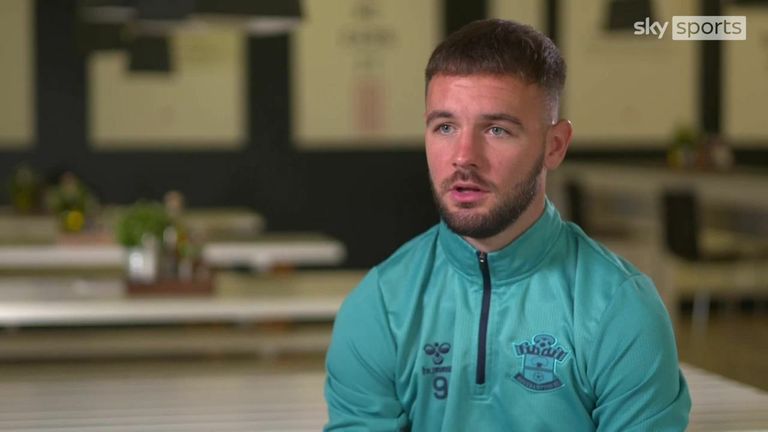 Ralph Hasenhuttl was eager to sign a central defender before the end of the window and Lyanco will likely fill a role left by Jannik Vestergaard who joined Premier League rivals Leicester City.

Danny Ings, Angus Gunn, Mario Lemina and Ryan Bertrand have also departed, but the club have tied down captain James Ward-Prowse to a five-year deal after Aston Villa's £25m approach for the midfielder was rejected.

After their 3-1 defeat to Everton and a 1-1 draw with Manchester United in their first two games, Southampton face Newport County in the second round of the League Cup on Wednesday before a trip to Newcastle United in the Premier League on Saturday.