Is Michael O'Neill the right man for Stoke City?

Michael O'Neill arrived in a bit of a whirlwind at Stoke City last week. Swiftly taking over role and then taking charge of their first game at Barnsley within 48 hours of his appointment.

That resulted in a first victory, as they beat their fellow Championship strugglers 4-2 at Oakwell, before O'Neill then left to take charge of Northern Ireland's Euro 2020 qualifiers this week.

O'Neill will combine his roles at Stoke and Northern Ireland until the end of the season, but is the 50-year-old the right man to lead the Potters out of trouble?

Sky Sports pundit Andy Hinchcliffe was on the brand new Sky Sports EFL Podcast this week, and he admits he could barely believe how different Stoke's display at Barnsley was to what he saw from then under their previous manager Nathan Jones.

'They should be ashamed of themselves'

"You have to feel a bit for Nathan Jones," said Hinchcliffe. "If he watched that game as I did he would have been wondering where that desire and quality was when he really needed it.

"It was a good performance [for O'Neill] and a very important win when you're battling relegation, but if you look at the players they have, they owe Stoke City big time. If that's the first step on the big turnaround for Stoke then great, but I looked at some of the player reactions when they were scoring the goals and it was as if they were a team challenging for promotion. It was just a start.

"I think O'Neill is a good fit for Stoke but, whoever is in charge of that club, the players carry so much responsibility. Look at the quality of their players and the experienced international players they have got, for them to be where they are, they should be ashamed of themselves.

"Beating Barnsley was important to where they are in the league, and it has set the bar now in terms of desire. Now, however O'Neill goes with his team selection and personnel, it is up to the players to put this right this season." 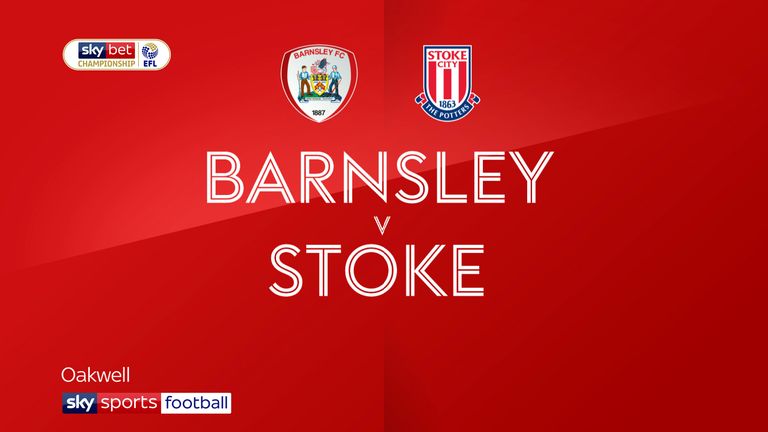 Highlights from the Sky Bet Championship match between Barnsley and Stoke.

O'Neill has done a fantastic job with Northern Ireland. In 2016 he led them to their first major tournament since 1986, but his only experiences in club football came in Scotland at Brechin City and in the Republic of Ireland at Shamrock Rovers.

Despite his lack of time spent at this level in England, Hinchcliffe still believes he can use his international experience to get the best out of Stoke.

"I know people who have spoken a lot to O'Neill and he is a really down-to-earth, level-headed character," Hinchcliffe said. "His man-management skills are absolutely excellent, which is why Northern Ireland have done so well.

"Stoke have the quality and experience of player to do well, but you need someone to get the best out of them. It's maybe not so much about his Championship experience, but it's about the player experience and what he has done with Northern Ireland.

"Can he do that with Stoke and get the best out of players who are clearly underperforming? That's maybe been a big driving factor in why Stoke have gone for Michael." 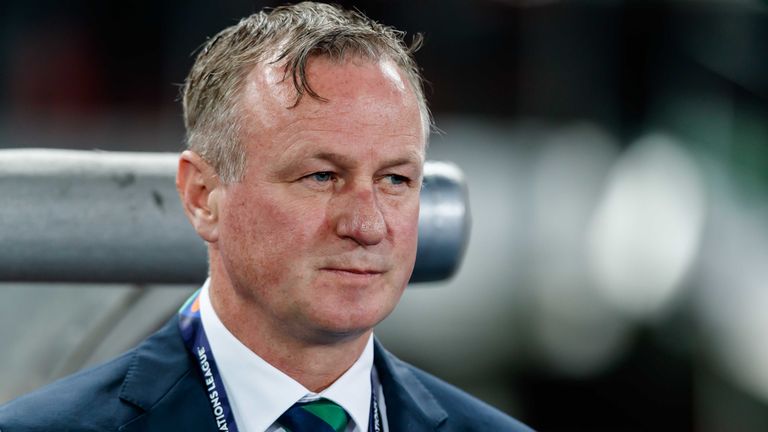 New Stoke City manager Michael O'Neill says that the club's owners were key to him leaving his role as Northern Ireland manager for the Championship job.

Can he balance both jobs?

One potential hurdle for O'Neill will be the fact he is planning to manage both Stoke and Northern Ireland until the end of this season.

Vital preparation in this fortnight will be spent trying to steer the national side to Euro 2020, while failure to make it through regular qualifying could see Northern Ireland involved in the play-offs in March - a time when other Championship managers will be getting their side ready for the vital run-in.

Clearly Stoke were desperate to get this appointment right, and must have decided it was a worthwhile risk to bring O'Neill in.

"It is an unusual situation, but clearly Stoke knew what they were getting into," said Hinchcliffe. "It's a price they were willing to pay to get the right man there.

"It's great that Michael wanted to finish the job off with Northern Ireland. He could have cut his ties with them and got on with it at Stoke and not looked back, but I think it speaks a lot for his character that he believes he can combine both jobs. He wants to see it through with Northern Ireland.

"It flags up the man and the person he is, and for modern coaches that is what it is all about. It is as important as the work he does on the training field."

Unfortunately, however, he is not going to be able to do a huge amount of work on the training field at Stoke between now and their vital next game at home to fellow relegation battlers Wigan.