City scouts have provided glowing reports as the winger scored five in six games to help Palace climb away from the relegation zone.

Zaha was reported to be a £50m target for City this summer by the Mirror, but it is understood no contact has been made for the 25-year old, who signed a new long-term deal last summer.

Following Palace's final day win over West Brom, Zaha told the club website: "I have no plans on leaving. 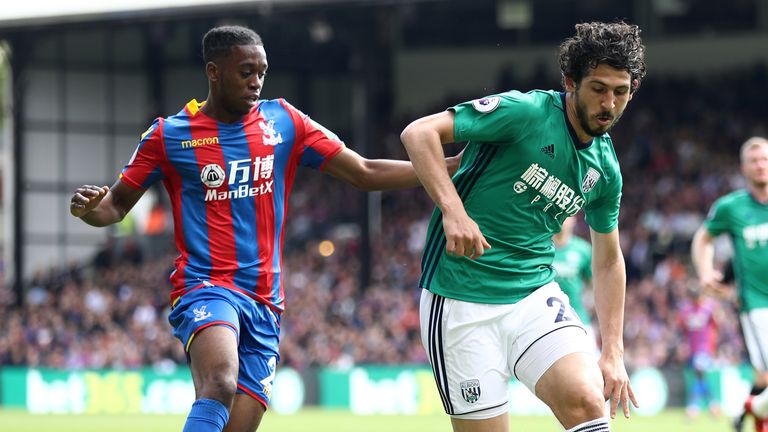 "I'm enjoying my football, you can see how much I'm enjoying it. This is my home and there's no reason for me to leave."

Palace boss Roy Hodgson insists the Eagles have no intention of letting their star man leave.

He told Palace's website: "Wilf knows exactly how we value him as a player and as a person because he's an important figure for us.

Crystal Palace manager Roy Hodgson was pleased with the tempo and desire of his side after they made it three wins in a row with a win over West Brom.

"He has a long-term contract and is one of our best-paid players, and the last thing on anyone's mind here is letting him go.

"As far as I'm concerned, until a day comes where an offer is made that the club accepts, that speculation can wash over my head."

The Ivory Coast international grew up in Croydon and has spent the majority of his career at Crystal Palace, with a two-year spell at Manchester United.

He won his first Premier League Player of the Month award in April and was named Palace's Player of the Year for the third successive time.