Off Script | Roy Hodgson on MNF's relevance today, relaxing with books and football 'back then'

"We used to suffer quite a lot from people trying to tell you it was better in the olden days. Is it the case? I very much doubt it."

"Football was better back in the day."

That old adage. If one man should know, it's Roy Hodgson. With his career spanning six decades, 20 different jobs and various leagues and divisions, the 72-year-old is a trusted voice on the state of football today.

In the latest Off Script, the Crystal Palace manager opens up on all things outside of Crystal Palace. Does MNF analysis mirror that of top clubs? How did he become such a keen reader of literature? And, was football really better back then?

Hodgson worked with Gary Neville at England between 2012 and 2016, and says the Sky Sports pundit's analysis of the game in the studio mirrors the work top clubs in the Premier League do before and after games.

"Gary has a passion as a student of the game, and it comes over extremely well on TV. I think he has added something to punditry, and has made everybody raise their game slightly. The analysis that he and Jamie Carragher do on Monday night, it's very similar to the analysis we do here post-match and pre-match. It must be very useful to the major football fan, who hasn't had the benefit of that education before.

"There's no doubt that Gary and Jamie's enthusiasm, knowledge, passion and energy is something that could very well be of great use to a football club. I understand for them that they have a good job where they are! And a job where they don't have the most difficult aspect: whether you have worked well in the week or not, there is a game at the weekend that can go for you or against you.

"If too many go against you, people start doubting your quality. It's a lot easier to analyse games where you are not the person who has to get the result, and they'll be the first to agree with that.

"He is a good coach. There's no question of: 'Could he have been a good coach?' He is. Those four years we spent together, he and Ray Lewington were a tremendous help to me, and the work we did in that respect was good.

"It would be sad to think that there is scarring from the Valencia job, which was doomed to fail anyway, as Valencia's history is mainly two coaches every year or so! It's not the best place to start to establish some longevity."

'I read for pleasure, not to be a better manager'

Hodgson, who can speak five languages, is known to be a keen reader. He explains how literature helps give him perspective in such a pressurised career.

"There are some self-help books on my desk here, but they're more gifts from people that I won't read! I read for pleasure, I don't read to become a better professional. I've read all of the famous English books. At the moment, the two that I've discovered are Anne Tyler and Elizabeth Strout. Two Americans, at the moment I'm going through their body of work.

"It's important for people who are the high end of the game, where there is a lot of talk, pressure and scrutiny, to get some sort of perspective. It's important, I would suggest, to develop perspective and find a way outside of the daily work, which allows you to come away from it, and to have normal family relationships.

"We talk a lot about managers who are struggling to cope with pressures, and I'm sure that has an impact on their family life. Whether you like it or not, however consumed you might need to be or want to be, you have to find that path that gives you perspective in the rest of your life."

'Football better back then? I doubt it'

So, was football better in the 60s, 70s, 80s or even 90s? Hodgson stayed relevant throughout those decades, and explains how things have changed for the better...

"In the past we used to suffer quite a lot from people trying to tell you it was better in the olden days! Players who played in the olden days were far, far better than they are today! Is it the case? I very much doubt it.

"I think the players who were good players 20 years ago would be good players today, there's no question, because they would have had the same help growing up, football education in the academies, but you can't compare. Things were different, and you can only be good in your time. It's wrong to compare them, and wrong not to accept that the game is moving forward at quite a pace. 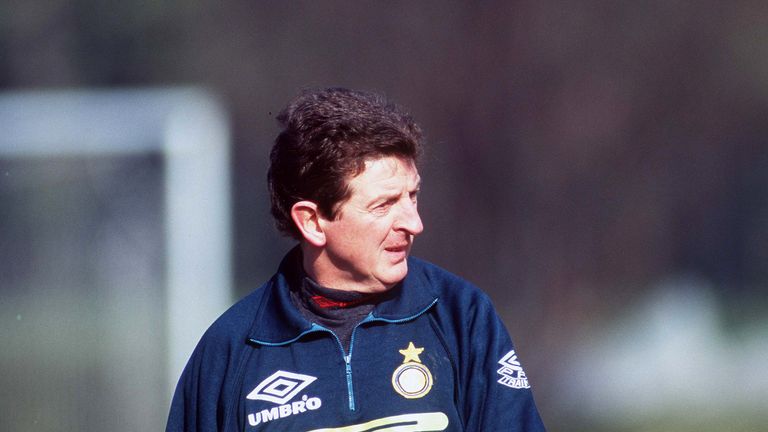 There have been periods in the past where the off-field activity was almost as important to players as their on-field activity. That's very much a thing of the past now.

"Not long ago when I went to Sweden in the 70s, the thought of English football was still boot it up the field, get after it and use a big centre-forward to head the crosses in. That was the total perception of English football. Of course, it wasn't totally true, but there was an element of truth in it. But our Premier League and our Championship are as good technically as any of the top leagues in the world.

"The quality of pitches, of course, is of vital importance, as well as the growth of sporting science. The players, these days, are very professional, I must say. There have been periods in the past where the off-field activity was almost as important to players as their on-field activity. That's very much a thing of the past now. Players are now very serious about their jobs, becoming stronger athletically through nutritionists, so the game is going forward. It always will."