ALK Capital announced completion of the deal, approved and ratified by the Premier League, in a statement released late on Thursday night; watch Burnley vs Fulham live on Sky Sports Premier League from 11.30am on Super Sunday; kick-off 12pm 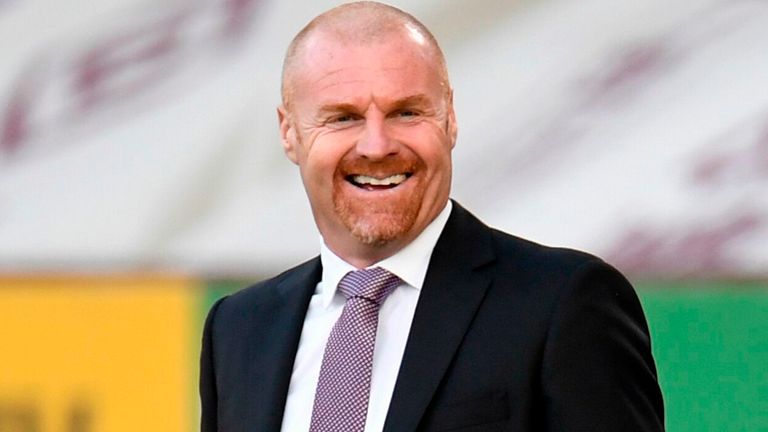 Burnley manager Sean Dyche will be backed by the club's new owners in the transfer market, says the club's incoming chairman Alan Pace

American company ALK Capital has completed its takeover of Burnley, acquiring a controlling 84 per cent stake in the Premier League club.

The investors announced the completion of the deal, approved and ratified by the Premier League, in a statement released late on Thursday night.

The Delaware-based ALK, which specialises in investments in the sport and media sectors, said its managing partner Alan Pace would take over from Mike Garlick as Clarets' chairman.

"Garlick, alongside former shareholder John Banaszkiewicz, will remain on ALK Capital's new board of directors at Burnley, ensuring a smooth transition to new ownership and providing valuable knowledge from his eight-year tenure as club chairman," the statement said.

"This successful period has seen two promotions to the Premier League, development of the Barnfield Training Centre, and European football at Turf Moor for the first time in more than half a century." 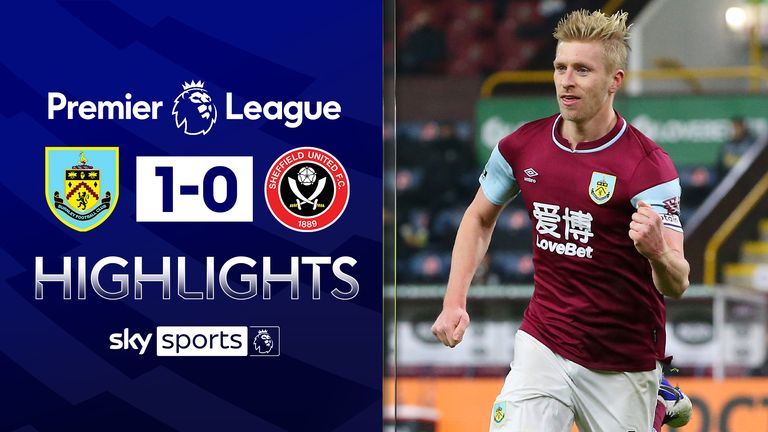 FREE TO WATCH: Highlights from Burnley's win over Sheffield United in the Premier League

Garlick, who had held just less than 50 per cent of the club's shares, said the deal represented a "natural progression" for Burnley.

"In Alan Pace and his team, we are welcoming committed investors to Turf Moor who will be living here in the local community and investing in the club, both on and off the football pitch, for many years to come," Garlick said in the statement.

"My tenure as chairman has always been about ensuring Burnley is a sustainable football club, and this investment provides a long-term plan to maintain that philosophy, whilst driving evolution and innovation."

"Today marks a new era for Burnley as we become stewards of this historic football club and build on the impressive work that Mike Garlick, (manager) Sean Dyche and everyone at Burnley has done to make it a financially stable, established Premier League club that is a cornerstone of the local community," Pace said.

"With a rich heritage, a brilliant academy, and a passionate fan base, this club has solid foundations to build upon."

One of ALK's first priorities is likely to be a meeting with Dyche, who can expect fresh support in the January transfer window.

The side's manager insisted after Tuesday night's victory over Sheffield United he had no knowledge of the deal, but it is understood moves were already under way by the new ownership to bring him up to speed on their future plans for Burnley.

Of the 13 players Dyche used against the Blades, only Dutchman Erik Pieters hails from outside the United Kingdom or Republic of Ireland, and one result of the change in ownership could be an expansion of the club's scouting and transfer network.

Back in August, ALK invested in two London-based football technology firms - AiScout and Player LENS. Both companies are involved in data analytics and predictive assessment of players.

Speaking at the time, Pace said: "The Covid-19 pandemic has accelerated professional football's need to embrace new technology and digital solutions, particularly in areas like scouting and recruitment, which have previously relied on human manpower and traditional forms of communication and negotiation."

Commenting on Tuesday night on the likelihood of adding to his injury-reduced squad in the coming weeks, Dyche offered a cautious take.

"If there are things in the market we think we can align, we will. If there's not, we'll keep operating with the group we've got," he said.