Coventry City's academy has become the club's factory of hope

Amid the many challenges at Coventry City, the club's academy has been a shining light. Adam Bate went to visit academy manager Richard Stevens to find out how the club has managed to produce so many first-team players against a backdrop of uncertainty.

Having secured their first top-six finish in 48 years, Coventry City take on Notts County on Friday for a place in the League Two play-off final at Wembley. The statistic is a reminder that the years have not been kind to the Sky Blues. Since losing their Premier League status in 2001, ending a 34-year stay in the top flight, it has been some slide.

As well as dropping three divisions, there have been off-field problems aplenty, council disputes and fury at the club's owners. Even a Checkatrade Trophy win at Wembley last year saw protests. But one aspect of Coventry life unites supporters and staff alike and that is the club's academy - what the Sky Blue Trust has referred to as the factory of hope.

In the first leg of their play-off semi-final against Notts County, five of the 13 players who featured for Coventry were graduates. That is nothing unusual for this club. There were six on the pitch for the recent 6-1 win over Cheltenham and as many as eight former academy players were in the squad for the FA Cup fifth-round tie against Brighton in February.

One report puts Coventry among the top 10 academies in the country for bringing through players over the past decade. There have been 44 debutants, with Callum Wilson making it all the way to the Premier League and James Maddison set to join him there before long. It is a remarkable record given the constraints under which the club has had to operate.

Richard Stevens has been the man overseeing the academy for the last 11 years. That entire time has been spent at the Alan Higgs Centre, four miles away from the first-team base in Ryton, sharing the leisure centre with the public but with a dedicated area towards the back of the facility. The club has had to deal with the intermittent threat of being removed.

"It is always nice to be on the same site as the first team," Stevens tells Sky Sports, "but being away from it creates a journey where you have got to get over to the other ground. We use it with our scholars. Their challenge is to get away from the Alan Higgs Centre and into Ryton. Whatever you have got you have to turn it to your advantage."

That sums up Stevens' approach. Uncertainty has led to a high turnover of staff but this has ensured a regular stream of enthusiastic young coaches. The group is small but this means everyone knows everyone. For example, Joel Moody works with the youngest age groups but knows all about the older ones too. Andy Crabtree is the under-18 coach but his relationship with the boys and their parents begins long before then. "When people ask how we have done it, I think that is a big part of it," says Stevens.

While other clubs in the region have been able to afford to expand their recruitment, infusing their academies with foreign talent, Coventry have put a greater emphasis on the local community. Maddison grew up just yards down the road and while nobody could have missed his talent, others have been picked up in more creative ways.

Tom Bayliss, the 19-year-old midfielder who has been a revelation this season, is the perfect example of this. "Tom signed on an open trial night as an under-11," says Stevens. "We provide these opportunities by opening the doors to our academies and we will try anything to give local boys an opportunity because we cannot see every game.

"Our recruitment is hard working yet humble. A lot of the academies that we are competing with on a weekly basis are recruiting Europe-wide but we don't have the resources to fetch them from all over and certainly not from overseas. So we have to work really hard with the ones who are Coventry born and bred. Our focus is on giving Coventry boys their chance. 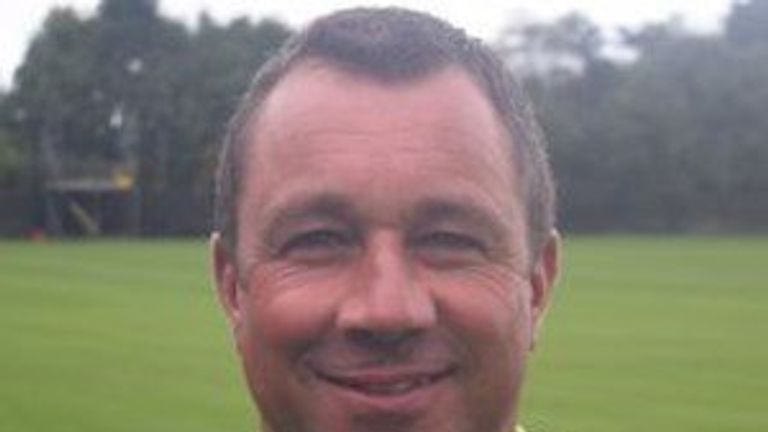 Our unique selling point is that we have got players into the team consistently for the past decade. For a young player or a parent, that is what they want.

"We work hard to coax the local ones in and tell them that this is their club. If you come in, there will be an opportunity at the other end of it and the opportunity is everything. All of the top clubs in the country will have some outstanding youngsters but they won't all get their chance to play for those teams because of what's at stake in the Premier League.

"Our unique selling point is that we have got players into the team consistently for the past decade. For a young player or a parent, that is what they want. The fact that the club have not been able to bring in loads of players from outside has created that chance, but the young players still have to do something when they get it. They still have to perform."

The good news for Coventry is that so many have seized their chance. Bayliss opened the scoring in the second minute of his league debut against Cheltenham in December. A month earlier, Jordan Ponticelli scored twice in only his second start. Jordan Shipley earned his full debut at Lincoln by coming off the bench to score against Luton in the previous away game.

Coventry boss Mark Robins has put his faith in youth and time after time that faith has been rewarded. "People say to me that it must be easy getting players into the first team because we are in League Two," says Stevens. "Really? It is all very well getting them in but if you don't do well then you are out. Our boys are doing well."

For the club's long-suffering supporters, it has helped maintain their own enthusiasm through some bleak times and Stevens has not lost sight of the importance of maintaining that connection. "Throughout all of the football club's battles that have been well documented, the supporters have been unbelievable for the academy boys," he adds.

"I think they have used the academy as something to be proud of and positive about. When one of your own boys gets into the team I think you feel it. They certainly feel it. They know what they are going to get. A boy who will try hard and give it all he has got. A local boy gets a bit more grace from the fans too, because he is one of us."

The process never ends though. "They will want the next one soon," laughs Stevens as he scans the photographs of the many graduates that adorn the walls at the Alan Higgs Centre. "The chairman will be asking me too. I just have to keep smiling because it's difficult to keep finding gems. But just when you think you haven't got one, someone comes along.

"I wouldn't have foreseen Bayliss and Shipley playing 60 odd games between them this year. I wouldn't have seen that. Maybe there will be somebody else next season because bodies change quickly and minds change too. Young players surprise you. Sometimes when you give them that moment, their debut, they find something that wasn't there before."

But while the process doesn't end, it might be about to get easier. After much speculation, a deal was struck earlier this month that secures the future of Coventry's academy at the Alan Higgs Centre for a further five years. For Stevens and his staff, it is a huge relief and marks an exciting new phase for the 125 boys aged nine to 18 in the club's academy.

Promotion could do that too, of course. And the sight of Bayliss and the rest playing such a pivotal part for the first team will already be inspiring the next generation of youngsters at the club. "For the nine-year-old boys here, even though it is a long way away, they know that James Maddison was here at seven and Callum Wilson was here at 11," says Stevens. "It might seem a million miles away but it was for Tom Bayliss when he was 11 too."