Former Leicester captain Wes Morgan retired from football at the end of the season; the 37-year-old is now keen to move into an administrative role; Morgan: "You can never say never but I have no aspirations to be a manager at this point in time" 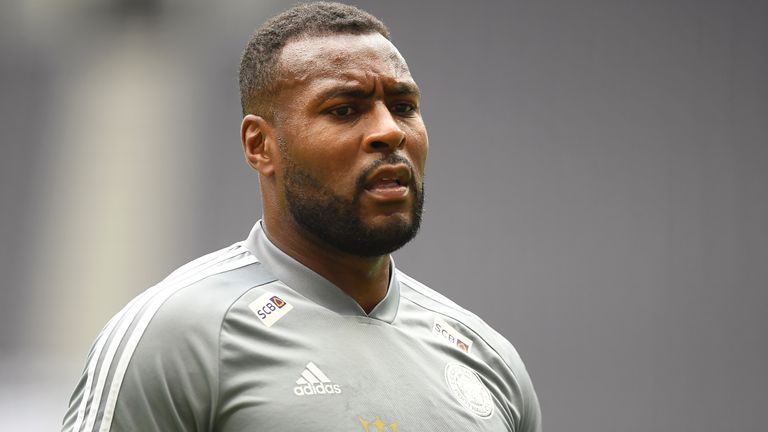 Wes Morgan insists he has no desire to become a manager and is instead determined to move into the governance of sport to enforce change around racism and diversity.

Morgan called time on his playing career at the end of the season after nearly a decade at Leicester, during which time he captained the Foxes to both the Premier League title and FA Cup.

The former Nottingham Forest defender, who made over 750 appearances in his career, is now keen to move into the administration of football and has set his sights on a position in the boardroom.

"You can never say never but I have no aspirations to be a manager at this point in time," Morgan told Sky Sports News.

"If there was an area I'd like to go into, it would be as an executive, in the boardroom, the office side of the game. It's something I think I'd enjoy. I've made no decisions, I'm keeping all my options open.

"I'm already working on the board of the Professional Footballers' Association and I'm involved with working groups with the Premier League and The FA, so that's the type of area I'm focusing on."

Morgan believes there is a need for greater diversity at the top level of football to address issues such as racism and a lack of equality.

"There's not many black people in those positions," he added.

"It's sad because you would expect the same type of diversity you see on the playing field to be reflected throughout clubs, and that is not the case.

"In light of what's happened in recent seasons, with George Floyd and a lot of social media talk around racism, it is something that I'm keen on, that I'm trying to address.

"If I could get into those positions, I would try and make positive change in that sense. I think that's when you'll see real change, when someone who is the likes of me gets there.

"Maybe in the past, when decisions have been made the wrong way, I could highlight something and make decisions in the right way."

Morgan also expressed his admiration for Manchester United striker Marcus Rashford and his defiant stance against racism in football.

Rashford said he has received "at least 70 racial slurs" online following Wednesday's defeat to Villarreal in the Europa League final, after also being targeted earlier in the season.

Morgan, who himself suffered from racist abuse during his career, has given his support to Rashford and admires the 23-year-old's refusal to accept the abuse.

"If you don't speak out, nothing will change and Marcus is a pioneer in that sense, he's not afraid to say what needs to be said to make positive change," said Morgan. "Credit to him, he has to deal with a lot of negative comments and feedback but he's trying to make change for the good and you have to commend him."

When asked how he would tackle the issue of online abuse, Morgan added: "The obvious thing is to address the source. Where are these instances taking place? Through social media.

"If something is done through social media, the people who are behind these racial slurs… if they are identified and action is taken against then, things will definitely start to change.

He added: "There's a lot of work to be done. What is positive is, these things are now being highlighted. In the past, maybe it would have been spoken about but nothing would be done.

"Now we're trying to get something done about these things and the next stage is to force it to happen.

"Force action against these individuals that are saying racist slurs, hiding behind screens and saying whatever they want. They shouldn't be able to get away with it."