Valerien Ismael says he feels a great deal of excitement after signing a three-year contract with the Championship club as Gerhard Struber's successor; Ismael was in charge of Austrian side LASK last season and has also coached German team Wolfsburg

Barnsley have appointed Valerien Ismael as their head coach on a three-year contract.

He will replace Gerhard Struber who left as Barnsley manager earlier this month to take over at New York Red Bulls in MLS.

Ismael was in charge of Austrian side LASK last season and has also coached German team Wolfsburg in the Bundesliga four years ago.

The 45-year-old Frenchman was also Crystal Palace's record signing at the time in 1998 when the defender joined from Strasbourg for £2.75m, and his playing career also included a two-year spell at Bayern Munich.

He will watch his players against Millwall on Saturday afternoon and meet the squad the next day.

The new head coach said: "I would like to thank Paul Conway and Dane Murphy for the open and productive dialogue that we've had up to this point, and for the great chance that they have given me to manage in English football as the coach of Barnsley FC. 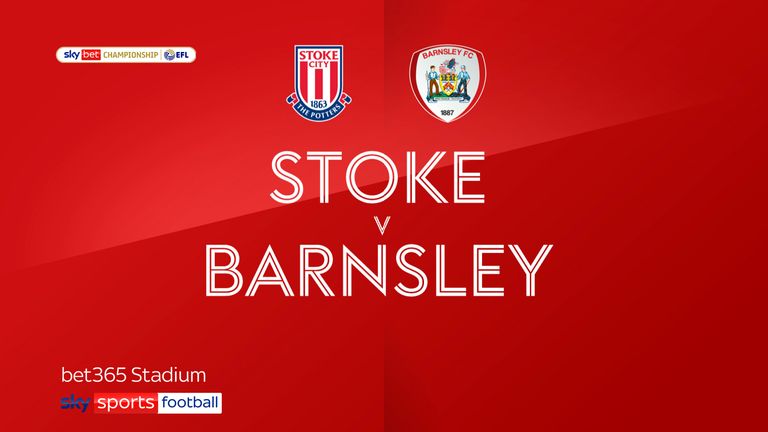 Highlights of the Sky Bet Championship match between Stoke and Barnsley

"I feel a great deal of excitement about the new position and the new challenges that it brings, and I can't wait to get to know the team, my coaching staff, everyone who works at the club, and of course the Reds fans at Oakwell too, so that together we can get started and hit the ground running!"

Barnsley are 21st in the Championship with only three points from their opening six matches, and are still looking for their first league win this season.

The club said he was the "standout candidate" as they searched for a permanent replacement for Struber.

Barnsley chief executive Dane Murphy said: "In Valerien we have a young, ambitious coach who already possesses a wealth of footballing experience across the continent.

"Throughout the recruitment process, he was the standout candidate and his style of play will complement our philosophy.

"Valerien is aware of the quality within our squad and with his guidance, the board believe that he is well suited to continuing our players' development whilst simultaneously solidifying our position in the Sky Bet Championship."