Gary Neville on what led to Marcelo Bielsa's downfall: "They had no respect for the opposition. We know Marcelo Bielsa has his values and principles which are never going to change but that has ultimately cost him" 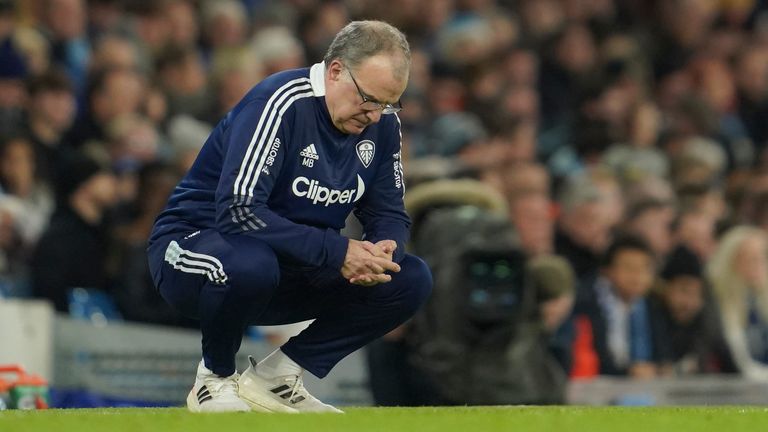 Gary Neville and Graeme Souness both admit to feeling sad that Marcelo Bielsa has been sacked as Leeds head coach, but concede it was inevitable given recent results

Leeds have conceded 20 goals in their last five matches and slumped to a 4-0 defeat at home to Tottenham after being thrashed 6-0 in midweek away at Liverpool. Those defeats led to Bielsa being sacked with American coach Jesse Marsch expected to replace him.

Bielsa joined Leeds in 2018 and led them back to the Premier League after a 16-year absence two years later, as well as a ninth-placed finish in the top flight in 2020/21, but he leaves with the club only two points above the relegation zone and on a run of five defeats from six games.

Andrea Radrizzani, the Leeds chairman, said sacking Bielsa was the "toughest decision" he has had to make during his time at the club, but added he believed the change had to be made to stave off relegation.

"There is a bit of sadness as when you went to watch Leeds you enjoyed great games but in the last few months it's become desperate. You go from admiration to despair when it comes to watching them. They aren't exciting anymore - just really bad. And really bad defensively in the last few months, conceding so many goals and chances. They have no respect for the opposition. We know Marcelo Bielsa has his values and principles which are never going to change but that has ultimately cost him." 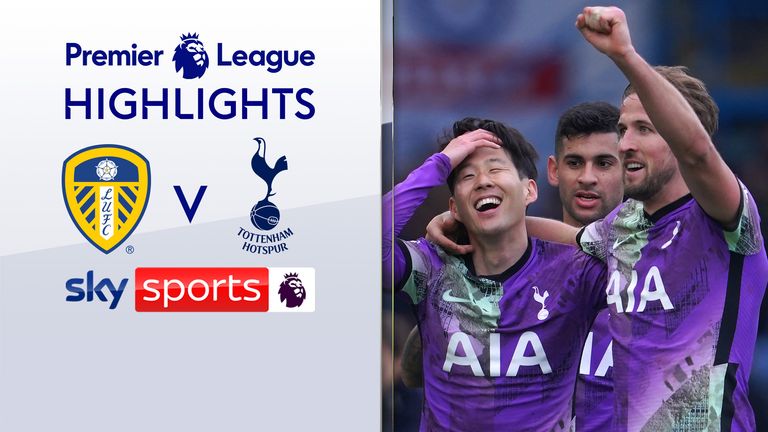 FREE TO WATCH: Highlights of Tottenham Hotspur's win against Leeds United in the Premier League

"Watching them play was exciting, partly because they were so vulnerable without the ball. They have conceded 60 goals, ridiculous. What does that do to a team in terms of confidence of the forwards? It's not going to make them sparkle. As sad as it is for the manager, it's inevitable. But if you're Leeds supporter then it's painful. This is a club who we all know how big they can be. It's sad, but it's a decision they had to make." 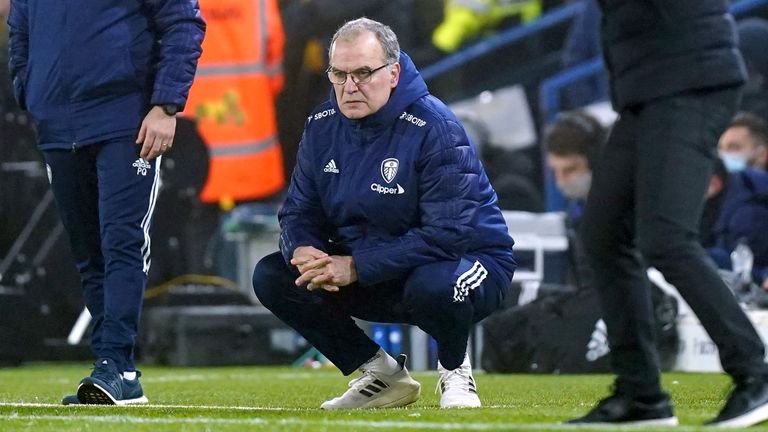 Speaking before the heavy defeat against Spurs, Paul Merson said Marcelo Bielsa must change the way Leeds are playing or they will be in real relegation trouble

"I think the fans need to get a bit stronger. Don't start clapping your team off. If I got beat by Tottenham four at Highbury when I was playing there is no way I would be getting clapped off. Just go home. You don't have to boo, I'm not saying boo and throw shoes at them.

"They've worked so hard to get to where they are in this league, and at the moment it is fizzling away. I love watching Leeds, I have no affinity to Leeds and I love watching them, but I know there is going to be goal after goal, no matter what end it's going to be - and that's worrying.

Antonio Conte admitted he was "hurt" and "disappointed" with Bielsa's Leeds exit, after his Tottenham side delivered the devastating final blow for the Argentine at Elland Road.

Conte's Spurs beat Leeds 4-0 on Saturday afternoon, with the north Londoners roaring into a three-goal lead in the opening half an hour.

"Yesterday, when I read the news, [it] hurt me because we are talking, I repeat, about a manager with a great idea of football and a vision of football and [taught] a lot to the other people, especially the people that do this job.

"But at the same time, I have a great respect for him as a person and as a man because in every situation he showed great integrity."

Meanwhile, Manchester City manager Pep Guardiola was also in a sympathetic mood following Bielsa's sacking, but did admit Leeds' most recent results were "not good".

"Well, I'm so sorry for him," Guardiola said. "His legacy is there: in the Leeds city, the club and I'm pretty sure with the players.

"His influence, I know, is massive and unfortunately as manager we are subject to results and lately it was not good.

"But the games have played during part of these three or four seasons in Leeds, he was spectacular to watch and of course I wish him all the best in the future.

"A loss for Leeds and especially his players but results dictate our future."

What went wrong for Bielsa?

Leeds were just three points shy from the top half of the Premier League table following a 2-2 draw with Brentford back on December 5. Patrick Bamford came on as a substitute in that game to score a dramatic 95th-minute leveller - his only cameo this season since suffering his first of two major injuries in mid-September.

To compound matters, the remaining spine of the team has been sidelined since, too, in Kalvin Phillips and club captain Liam Cooper. Those injuries preceded a torrid run of fixtures against Chelsea, Manchester City and Arsenal in the space of seven days - all ending in defeat.

Despite a brief run of form running into the new year, which produced a draw with Aston Villa and wins over Burnley and West Ham, five defeats from six games since prompted the board to end Bielsa's four-year reign.

The Argentine refused to blame his missing trio after the humiliating 6-0 defeat at Liverpool, but the stats provide ample evidence their absence has been sorely missed.

Leeds now sit merely two points clear of the drop zone, while the two teams below them - Everton and Burnley - have two games in hand.

So what exactly went wrong for Bielsa and were the injuries an instrumental factor?

Phillips and Cooper have now missed more than half of the season so far, while Leeds have shipped almost three times as many goals without the pair in the side, the win rate has halved, as has their points-per-game averages. Meanwhile, the absence of a direct replacement for Bamford was underlined by a host of spurned chances against Tottenham.

As the graphic below shows, Leeds became far less watertight following the key injuries. While the initial spike in goals conceded could be understandable, based on opposition, the latest spike has few excuses and reveals Leeds are now shipping an average of four goals per game, based on a rolling five-game average.

In addition, Leeds' renowned high press appears to have weakened significantly since Phillips was sidelined, with opponents finding it far easier to play through them when building from the back and in central midfield.

The high press had been one facet of the fear factor for opponents facing Leeds, which included the intensity and gung-ho style - fuelled by league-topping numbers for sprints and distance covered.

While the sprinting has remained, the overall running distances have dipped: Leeds outran opponents in 13 out of 15 games before Phillips and Cooper suffered injuries - but have only achieved that feat in four out of 11 games since.

In addition, average positions suggest Leeds' midfielders have dropped deeper to cover an area Phillips patrolled single-handedly, while the lone forward has advanced even farther upfield - increasing space for opponents in the centre of the park.

Bielsa could have easily used his missing trio as a mitigating factor during this torrid run of results and few would have contested. However, his mantra of maintaining a gung-ho approach with depleted resources against superior teams was widely contested and ultimately, costly.